Because I don’t push my “healthy steps” set of blogs out to Facebook, my sense is that this set of blogs is mostly my own. That’s okay. It’s really just my log to try to keep myself motivated and accountable.

Wednesday, at check in, I had gained .2 lbs. There are several reasons that is a big victory.

Since then, I feel like I have been making strides toward getting back on track. My work desk is no longer filled with candy, the house is out of ice cream, and I’m generally getting back to eating “normally” which is to say not staggering around eating whatever I want.

I sat down this evening with the solid intention of recording all that, but I also had been thinking a lot about time.

I’ve been (continuously) on Weight Watchers now for almost 5 years. April 21 will be that big anniversary. With my weight and history, I have accepted that WW is just going to be part of my life now.

So this week, I changed my “numbering system” of these posts so I could keep track of years and weeks. I could have just said “247 weeks”, but it feels hard to remember when a year hits.

I’m not sure that this is a stellar plan because immediately I have started to worry about “how much time has passed.” But here’s the deal. 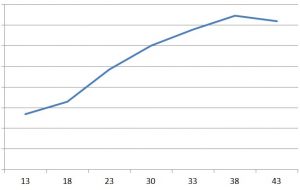 This has been the ONLY 5-year period in my life, since I was 13, when I did not GAIN weight.

So, that’s enough for me to keep trying. I know it’s hard, but it’s also important.

I actually toyed a little with the idea of increasing them, but I’ll see what I can do about nailing them before adding more.

WW makes a big deal about knowing your “Why”. There are a lot of reasons I am still working on this. But here’s one from a few years ago that still touches me. 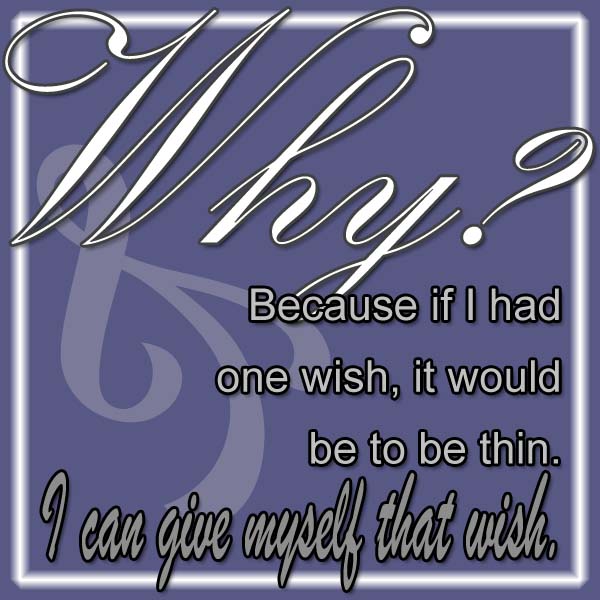