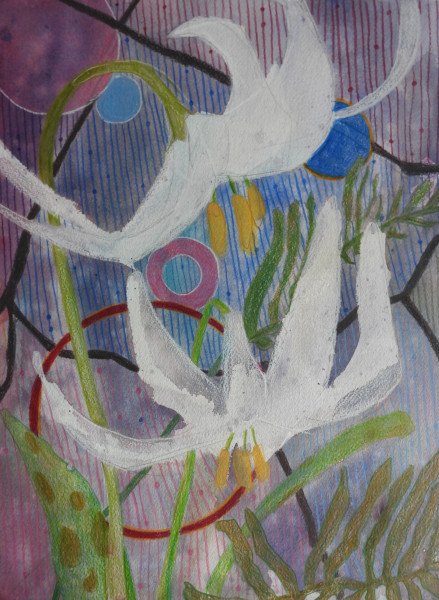 As I mentioned a couple of weeks ago, I am not having the best health season. Tuesday I broke down and WENT to see the doctor. While he was very sympathetic and listened to my concerns, the diagnosis is a severe asthma flare up. I don’t know, and it doesn’t matter, if it was allergies, the COVID shots, a sinus infection, acid reflux, or some demonic combination of all of the above that caused it. I’m back on steroids (among my least favorite medicines) and feeling, as my grandma used to say, puny. The worst part, for me, is that this whole thing reminds me so much of 2007-2008 when it took over a year to diagnose me with hypersensitivity pneumonitis. But the time I was diagnosed, so much damage had been done that I am not very capable of dealing with this rationally.

All this is to say that my production on the art front has not been prolific. I mostly just want to sit around (any activity makes me cough) and glare listlessly at the world. Other than the camera update from my last post, the only thing I worked that’s interesting to look at is this fun piece.

This is not to say I didn’t do art stuff. I did some prep for my vacation (which includes a painting workshop by Peggy Judy) by prepping a few of the American Easel panels I got at the second sale a few weeks ago with gold or black gesso. I also picked out a few more items on my list to pack; there’s now a small (or not so small pile) waiting to be packed when the time is right. I’d like to do some pre-drawings on the panels so I can get right to painting at the workshop, but it’s yet another thing I may not get to.

I have to concentrate on getting “better” before leaving! I don’t want to be up in the Rocky Mountains on the wrong end of a bad asthma attack!