I met author Kelly Wilson a few months ago in a completely non-literary setting and was impressed by her honesty, authenticity, and outlandish sense of humor.

When I learned she was an author and her book “Caskets from Costco” was being re-released in some sort of fancy process, I wanted to help. So I offered to put the book up on my website and write a review. I figured there would always be SOMETHING positive to say. 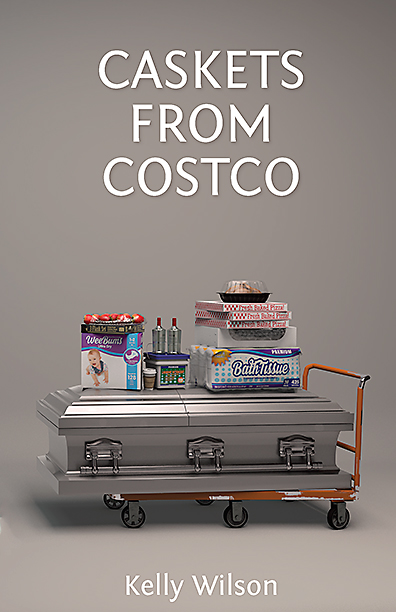 “Your writing is so clear” (but completely boring.)

Fortunately, I am not required to publish such caveats.

With a title like “Caskets from Costco” I expected the book to be about grief and death. Imagine my surprise that the majority of the book centers around childbirth, counseling, Christianity, abuse, and depression.

Unlike a lot of authors who approach these subjects with sensitively and delicity (which is good, but occasionally wearing) Wilson plunges in with an attitude of “let’s just get over this.”

And when she comes to the conclusion, in the last parts of the book, that her issues are not just going to be “gotten over” it leaves the reader not with sadness, but with hope that there is such an amazing person in the world who is trying just as hard as the reader without success.

It’s a book about Wilson’s baggage, but it also gives the reader perspective on their own.

Rather than classifying this as a book about grief, I’d place it firmly in the memoir category, comparing favorably with “Chosen Forever” and “Wild.”

So with complete honesty, and with no prejudice, I rate this a 4 star book: “Really Liked It”.