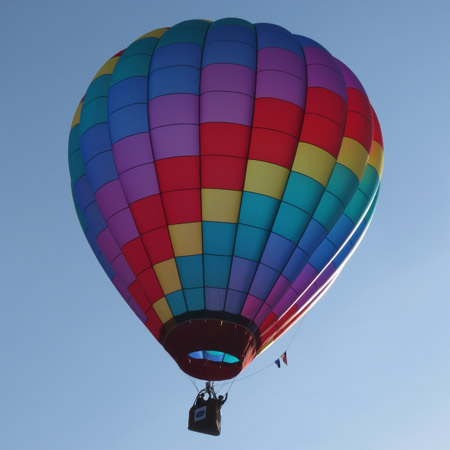 Last week a friend mentioned an art event just down the road (Albany) from me called Northwest Art and Air. I looked it up and it looked like fun, so when a friend wanted to get together for dinner Friday night I suggested we go to the “glow” event.

Little did we know! Traffic was backed up all around the park and we decided we were a) too hungry and b) too impatient to wait it out. But it still looked neat, so I took another look at the website and decided to attend the 6:45am  balloon launch this morning. I figured at that time in the morning no one would be around.

Wrong. Apparently the entire city of Albany got up to see the event. It’s hard to blame them! 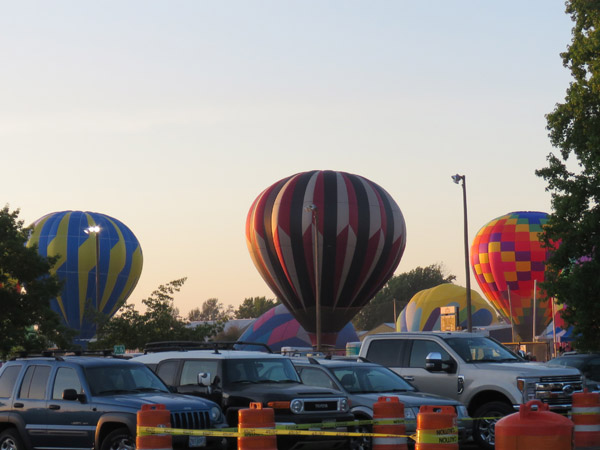 Pro tip: They mean the balloons go into the air at 6:45, so you need to ARRIVE at 5:30. Additionally, you need to figure on at least 15 minutes of walking from the parking area. And bring a chair.

I did not do any of those things, and by the time I found parking and walked over, all the balloons were in the air and floating away.

It was a long walk back to the car. But as I was stopping to take some consolation pictures of flowers, I overheard someone say the balloons would be landing about 10 miles down the road at the intersection of highway 43. 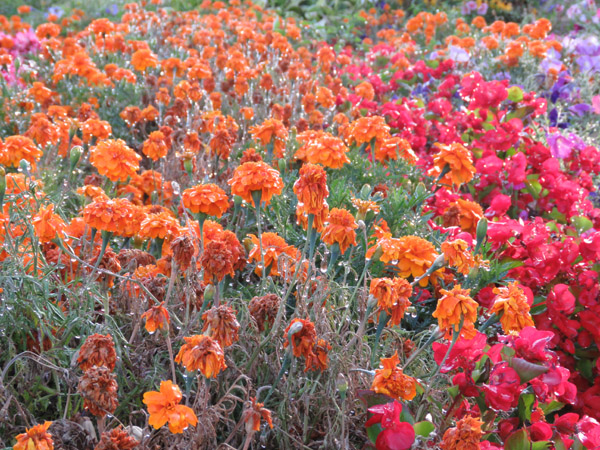 In for a penny, in for a pound, right? I hopped in the car and made my way a little further south. I had a vague idea of getting some reference photos for a painting. Finally, an excuse to use COLOR!

The balloons were not hard to find! By the time I arrived, several were already landing.

I love the first and third photos in this sequence. These are marked as possible paintings. 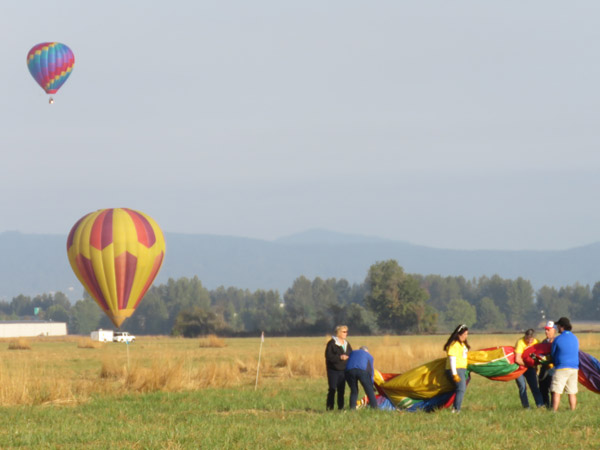 But I hadn’t got the shot I was really waiting for, so I looked around to see if I could find another balloon and witness the whole landing sequence.

As I was cruising around the various fields, looking for an opportunity, I spotted it, hovering just above the power lines. 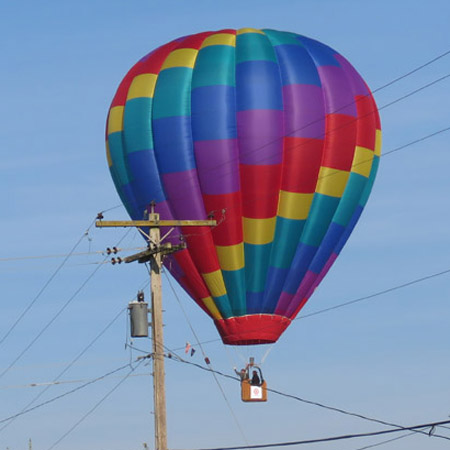 Her name is “Knight -N- Gale” and her slogan is “Boldly Going Nowhere.” She is piloted by Tim Gale out of St. Helens, which I found out on the website.  Her official description is: A spiral of teal, blue, purple, red and yellow.

The pilot brought her down in a parking lot and the disassembly began.

I had noticed in the past that balloons had a little decorative flag attached to the balloon. It turns out, that flag has a purpose. It marks the “crown line” which someone grabs and pulls on. This is what tips the balloon as they stop putting hot air into it.

I don’t know if everyone does this, but it’s clearly smart. They put down a big tarp to protect the (clearly expensive) balloon from getting damaged.

The “balloon” part is called the envelope. Listening to the crew, this made sense because there are actually several parts that work together to make the ensemble that we call a balloon.

As a note… this took 6 minutes (someone timed it).

This was what I found most interesting and the pictures most likely to make a painting. This gal had to “get into” the ropes at the top of the envelope to keep tension on while the crew stowed the rest of the envelope (see next step.)

6. Skinny-fy the envelope (my term)

I made up this term, but they even had a special tool to do this (check out the third photo).

7. Admire the line (and the pilot) 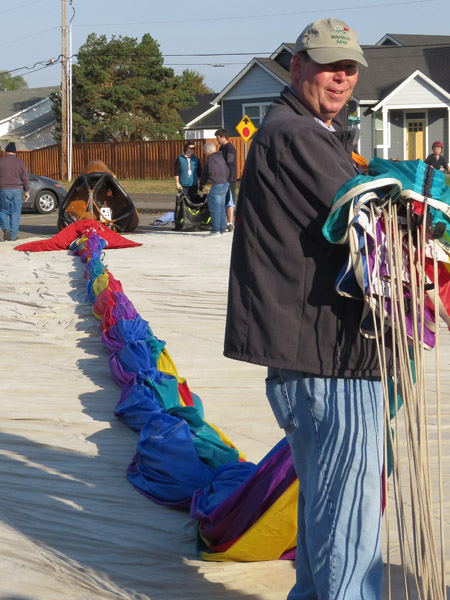 Thank you, crew, for letting me watch and take pictures. I suspect some crews would have have been so accommodating, but they clearly loved the spectators, particularly several kids that escaped from nearby houses to watch.

I don’t often say this, but Dad would have really loved this adventure. I miss him today.