A few months ago, the Salem Audubon Society put a notice in their newsletter that they were going on a “Pelagic Tour” on September 11 through Whale Research EcoExcursions (Carrie Newell.) I called up my mom and asked if she wanted to come, and with her resounding yes ringing in my ears I called to make our reservation. The September 11 trip was already booked up, but they promised they could get us in on a September 10 trip that they had booked for the overflow. So we took our 8am time and marked out calendar. 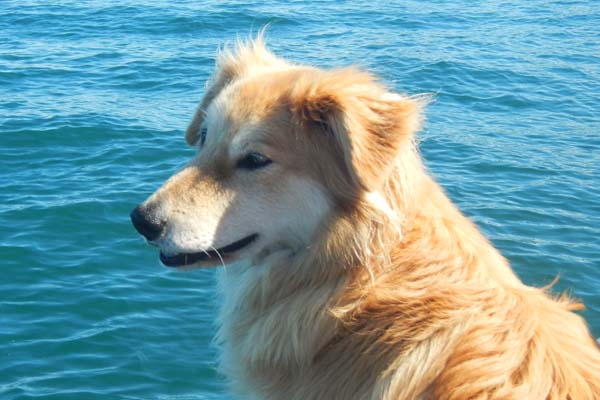 It was a really great trip, but they advised coming back in September when the whale watching was REALLY good.

Today our trip got moved up about a half an hour due to weather conditions (while it was a sunny day, there was a bit of wind which made the waves pretty high.) So we showed up prepared to be wowed again. 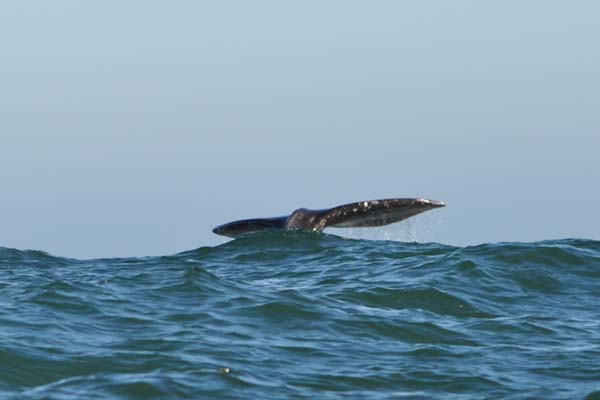 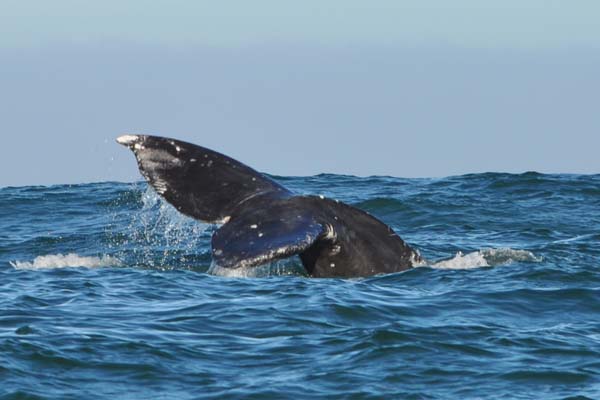 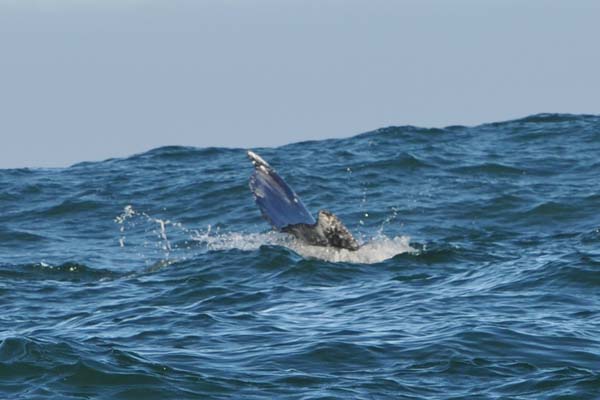 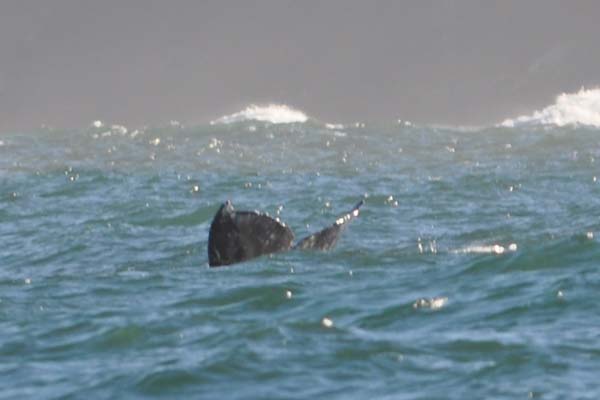 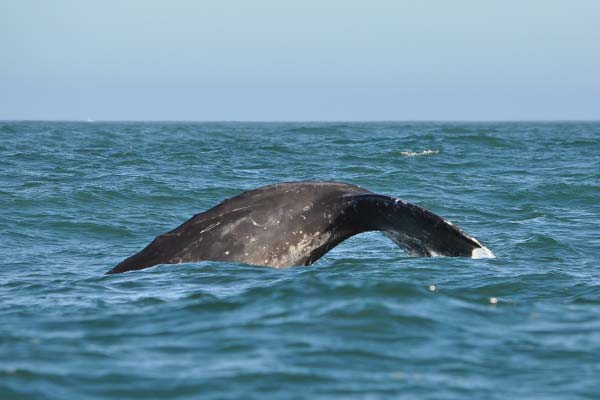 5th fluke, my timing was off (those whales are tricky!) 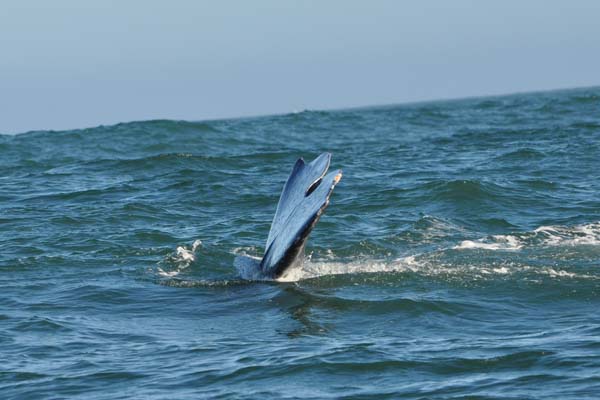 also 5th fluke, you can see a little whale lice right on the end of the fluke 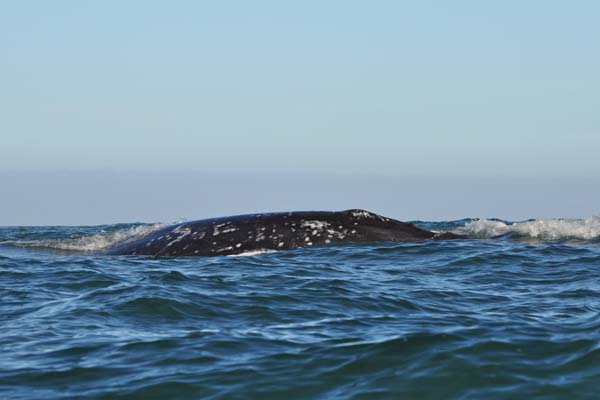 This was “SF”. No cropping on this photo; SO close! 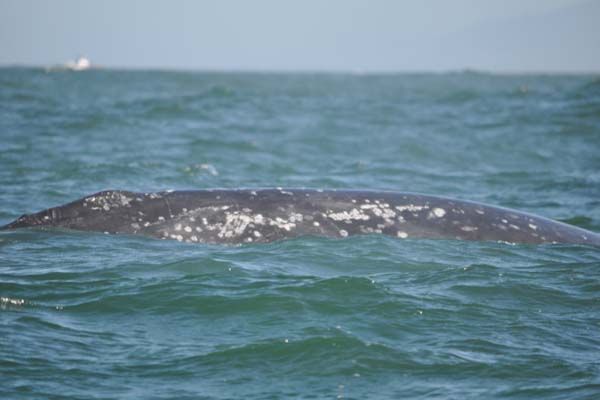 I don’t know who this was, but even closer than the other one!

While I was a little disappointed in the “birding” part of the tour (the whales made up for it, obviously,) we did get in quite a few. I was hoping for a little bit more time close to shore really looking at some of the species. 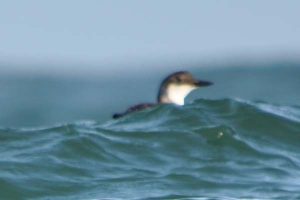 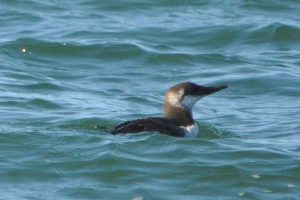 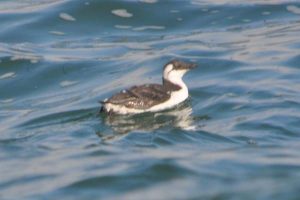 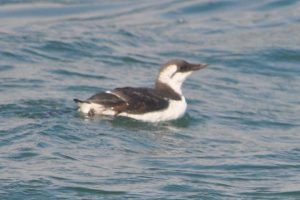 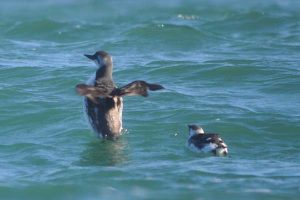 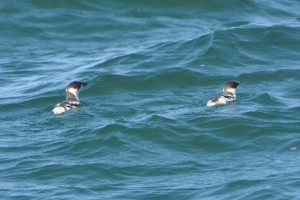 Cormorant (Pelagic & Brandt) (these black birds were everywhere, flying every which way, and utterly defied my photography skills) 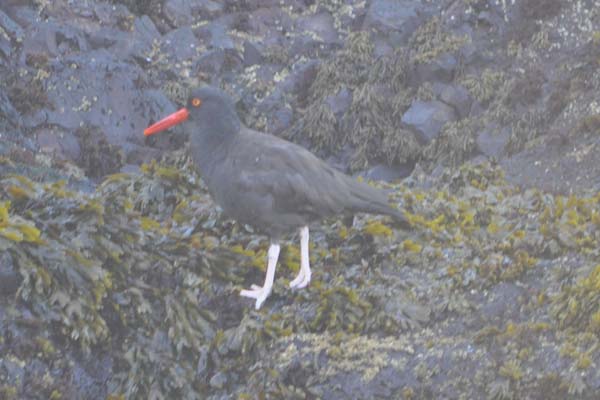 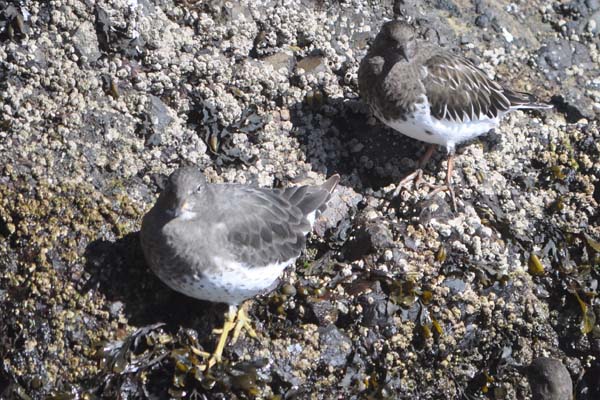 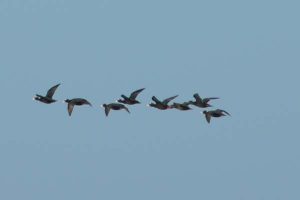 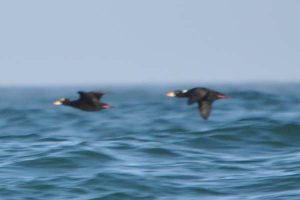 Brown Pelican (at the same time as the first whale, you can guess what happened) 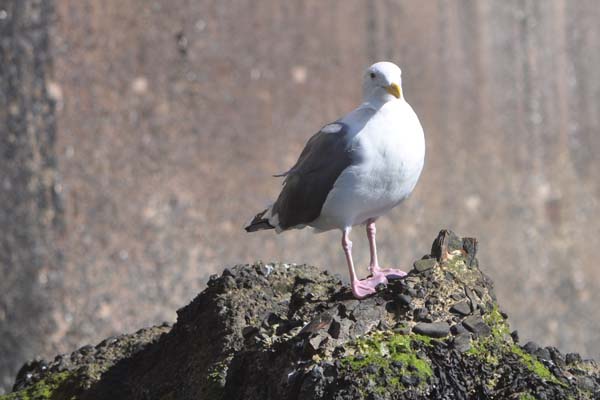 The final “highlight” was traveling out to the “whistle buoy” to observe a trio of Stellar Sea Lions (two females and a young male, according to our guide.) They were very photogenic. 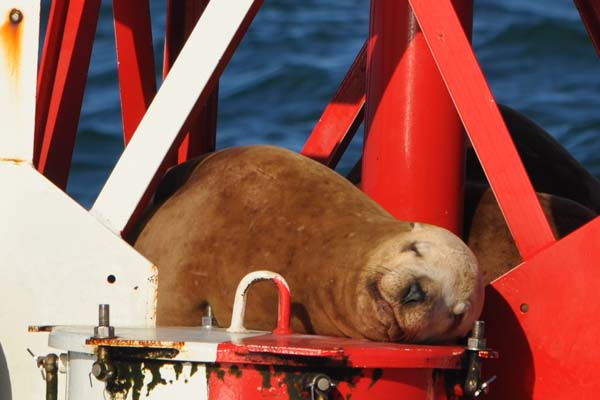 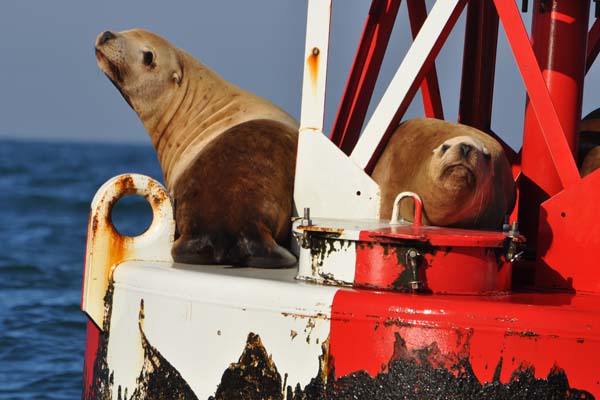 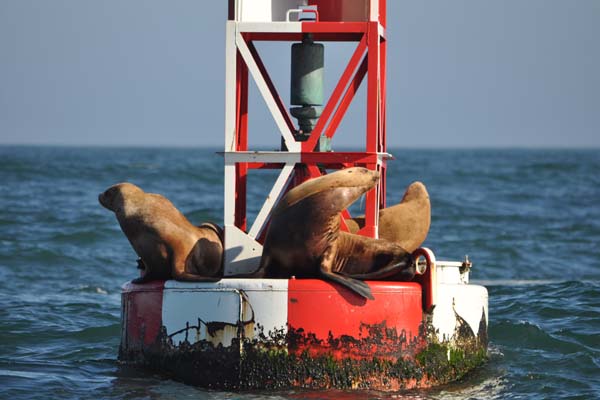 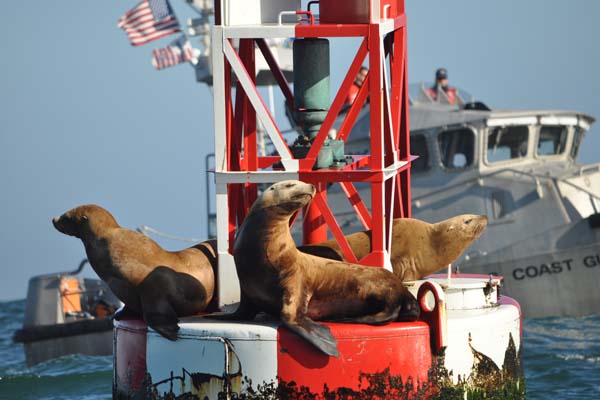 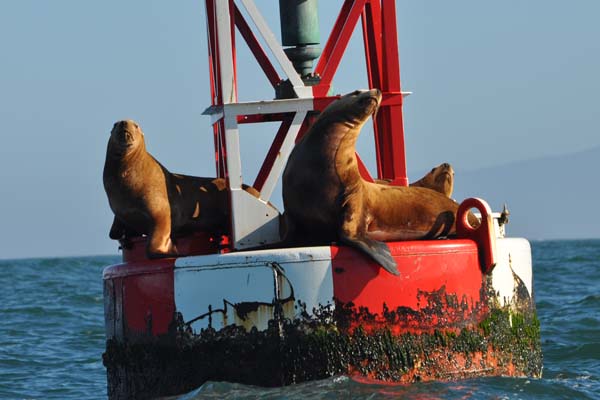 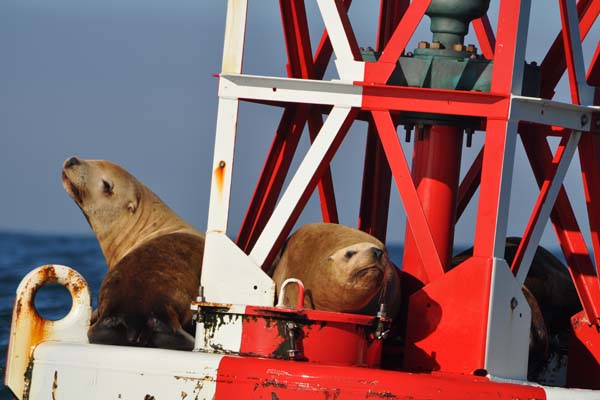