My New Year’s tale, actually begins very late in 2014. December 31 I stayed up late to finish the sweater I have been working on the better part of year (since February 28 to be specific.) My goal was to finish it in 2014, and I did… if I had been in Hawaii. Actually, I finished it at 1:30 am and I’m calling it a 2014 finished project! 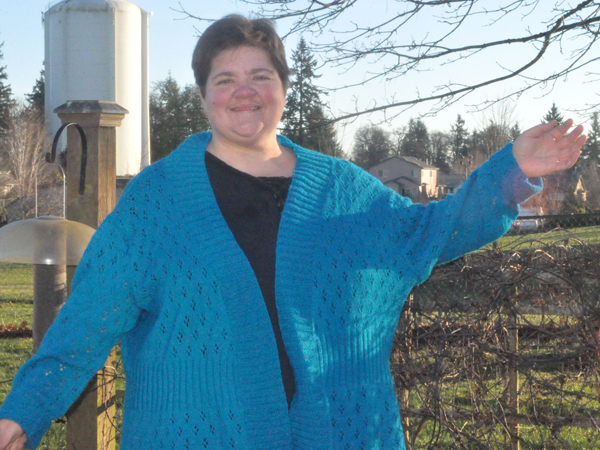 I slept in a little, then headed off to Knitted Wit‘s “New Year Shindig” to hang out and party. I saw friends and lots of yarn and broke a New Year’s Resolution to go on a yarn diet by buying more yarn. My plan is to use it for the Rose City Yarn Crawl’s Mystery Knit Along, so that’s my excuse. 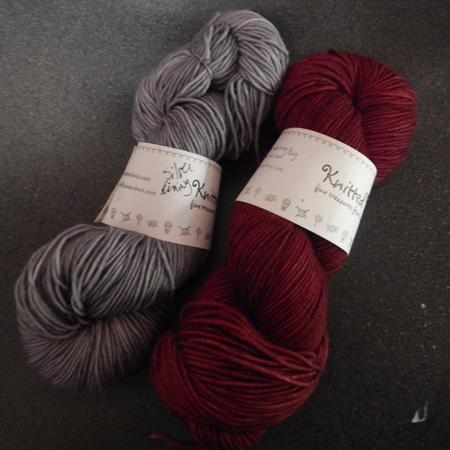 After returning from this event (where I tried Hoppin’ John (it was excellent)), I took Finn out for a hike at Canemah, where I encountered “my” Great Horned owl. I was delighted to see him still in the area; he hasn’t been at his usual perch the last few times I’ve been looking for him, and I was concerned he had moved on or found a mate outside the area. But he was there; no sign of a mate, though. Of course, I’m lucky just to spot him! 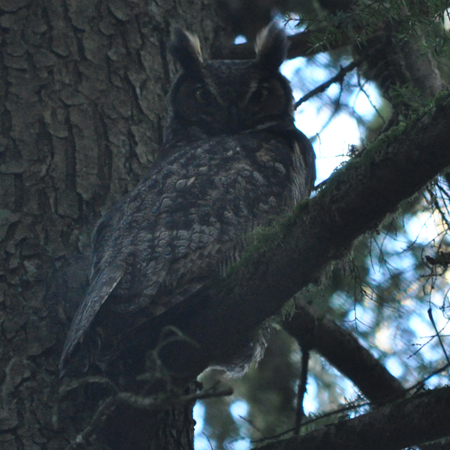 I also noticed some insect scrolls on downed logs that caught my fancy. I wonder if there is a way to incorporate this in an art piece? 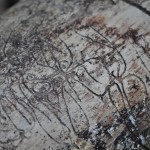 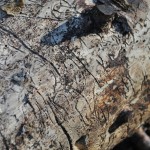 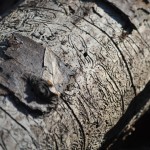 When I came back, I was feeling good so I took out a Christmas present, Veg Power!, and decided to try out a recipe. I selected lasanga and invited my friend JJ over for dinner. We ended up eating a good meal and watching sitcoms for the evening.

Two parties in one day! Now that’s a good start to the year!