For obvious reasons, this has been a very low-key holiday season for me and that trajectory continued in my Christmas celebration. I arrived at the beach to spend the holiday with my mom late on Christmas Eve, and then we got up on Christmas Day and drove to Yaquina Head to do some birding.

It was an excellent day; while it wasn’t a clear day, it refrained from raining until we were heading back home, and admission to the park was free.

Our first stop was Quarry Cove. 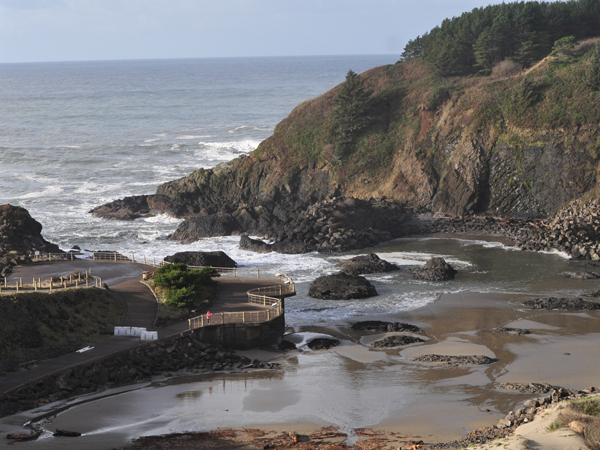 Upon arrival, we spotted a mother seal and her yearling pup sunning themselves on the rocks.

She definitely kept an eye on us, and when a few more people arrived, she and her pup slid into the water. We counted a total of eight seals “bottling” in the water.

We also saw a flock of Black Turnstones and a cormorant (probably an immature double crested.)

As we left the cove, we spotted an immature bald eagle (we would later see another immature and a mature, leading us to believe it was hanging around waiting for a handout from mom or dad before another breeding season starts.)

Next we stopped by the interpretive center; Mom had gone on a walk here with the Lincoln City Audubon Society and wanted to show me where the peregrine falcons had nested. We didn’t expect to see them, but as I was looking up at the cliff, both adults came swooping by. It is a little early for nesting, but peregrines mate for life and keep the same nest site from year to year, so they must have been inspecting the site for later use.

After this exciting turn of events, we went to the lighthouse proper. The lighthouse was closed for painting, so we walked down to the cove. We saw a few more seals, a few more birds and talked to an on-duty ranger.

Before leaving, we hiked up to the top of the head. The light to the south was interesting as little squalls were coming in. 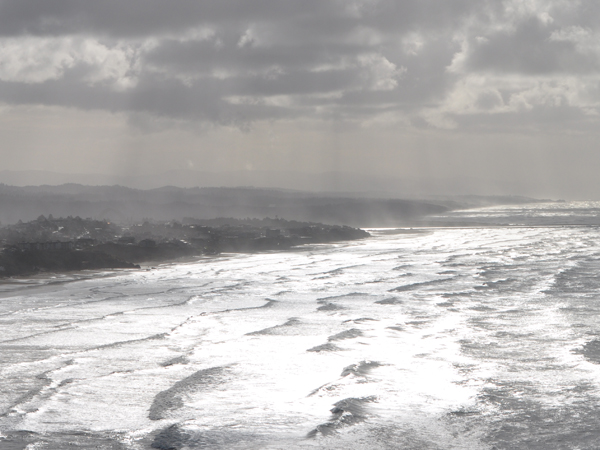