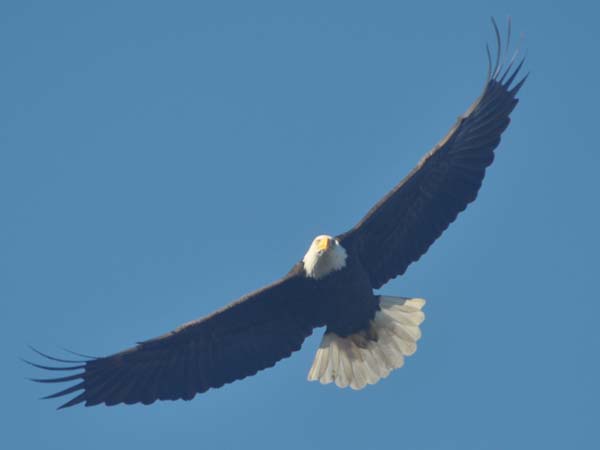 This weekend I have traveled to the southern part of central Oregon to enjoy the Wild Wings Festival in Klamath Falls Oregon (there is no falls I can find, but there are lakes and refuges.)

Yesterday (Friday) I spent most of the day driving down to Klamath Falls. I checked into an AirBNB here with a nice lady and her VERY friendly cats, and this morning I got up in time to make a 7:15 tour of Sandhill Cranes in the Lower Klamath Basin.

The gentleman leading the tour, Gary Ivey, was very knowledgeable and patient and I enjoyed the tour (in a great big yellow school bus) a lot. I learned that Sandhill Cranes feed their young an almost exclusively carnivorous diet, that they were hunted (for food) into almost extinction, and that there are three subspecies of cranes. The ones down here are mostly the “greater” while the ones up on Sauvie Island in Portland are the “Canadian.” 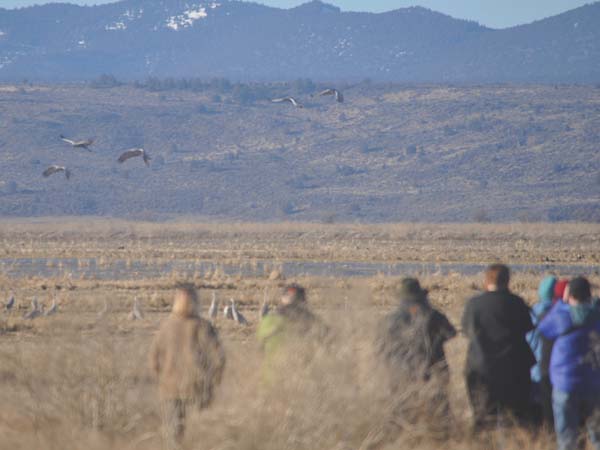 Originally the Wild Wings Festival was a bald eagle festival. The refuges down here have the largest concentration of bald eagle in the lower 48. The reason for that, I learned, is avian cholera. There were lots of bald eagles, but also lots of dead birds for those eagles to snack on.

In spite of this unappetizing reality, there were some great shots to be found. Even with my little camera, I got these two.

Looking at some of the cameras down here, I have total camera envy. I saw one guy with a camera lens over a yard long set up for remote capture! I wouldn’t have been surprised if the outfit cost over 20K! 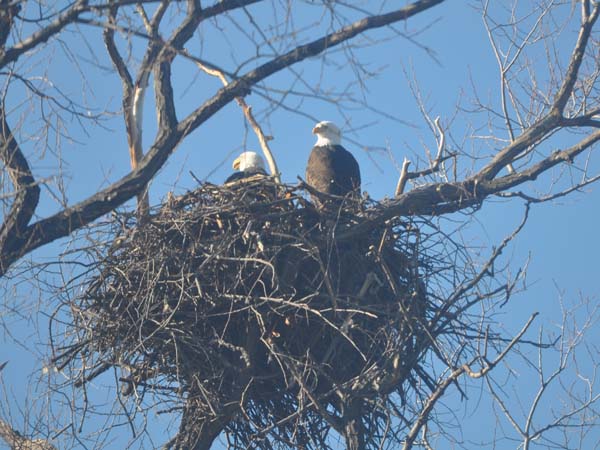 After the tour was over, I drove back to the refuge and poked around on my own. In addition to cranes and eagles, there are lots of waterfowl and a good smattering of songbirds.

I also tried to get some closer pictures of the cranes.

While I was concentrating on this, there was a sudden clap of thunder! 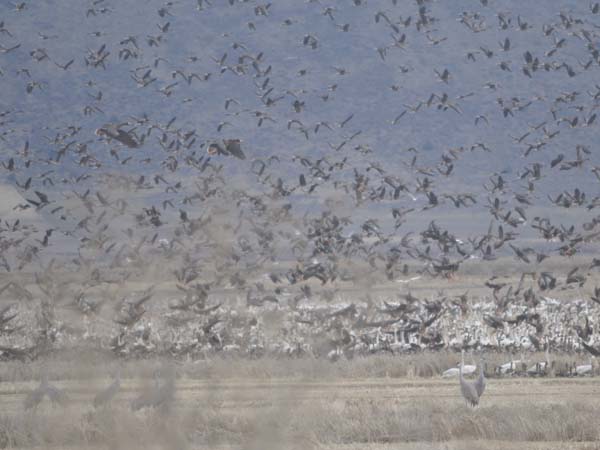 The greater white-fronted geese in back of the cranes had erupted into flight. I couldn’t believe how loud is was!

And then seconds later it was back to this. 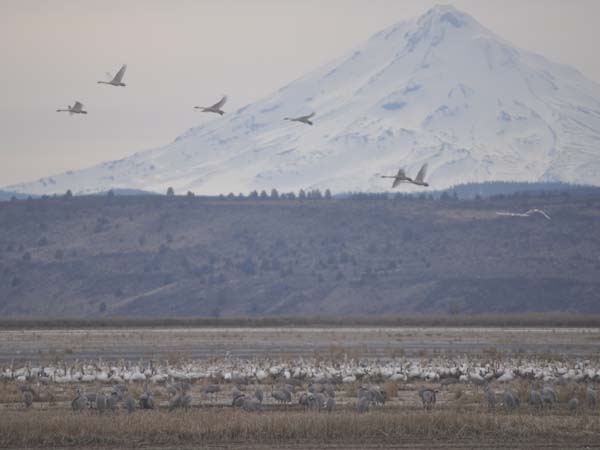 Tomorrow I will explore the upper basin in what is billed as a “mystery” tour. We’ll see what happens!