Ah, Yellowstone day. The day I felt most nervous about. So nervous, in fact, that I woke up at 4:30 am (not planned) and was on the road by five. 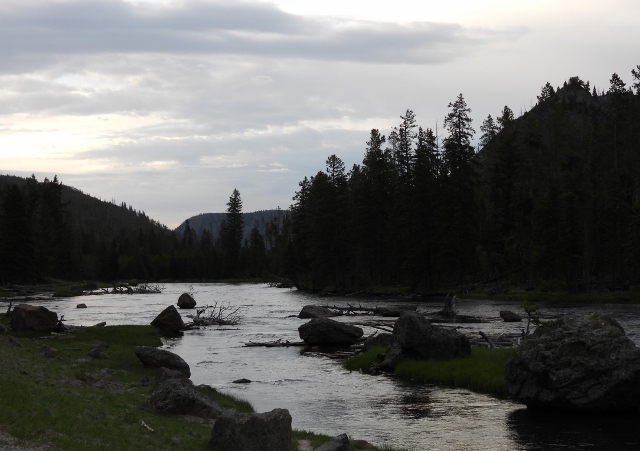 The first excitement came with a set of dancing bison. This group was obviously young bachelors who were head butting and running about in a circle. I may have to paint this experience.

The next excitement came when a low, gray, fuzzy thing darted across the road with something in its mouth.

Yes, a wolf. I saw a real, wild, Yellowstone wolf (for about 30 seconds). Looking over the website, it was probably a member of the “Canyon” pack, but I am not able to find any information to help me ID it (it’s wearing a collar, as you can see.)

From there, traffic picked up and it became harder (for me) to stop and really appreciate things as much as I probably should have.

By the time I left Yellowstone for Grand Teton, traffic was moving, but very busy. It seemed all the places had full parking lots that had expanded onto the highway. I basically ended up driving straight through. 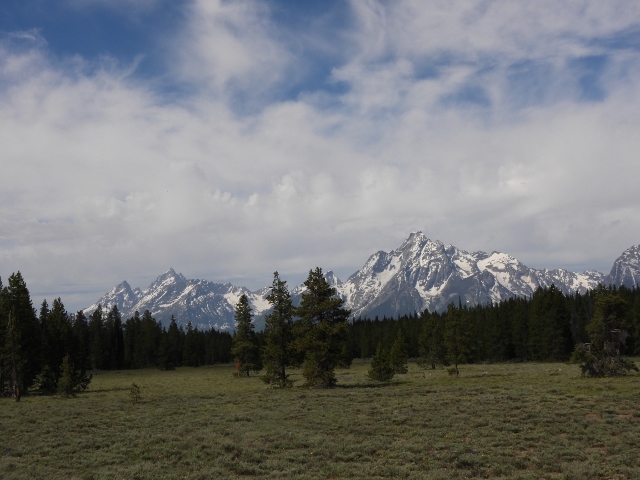 Which meant that I got to Jackson much earlier than planned. So, I decided to hit the National Elk Refuge today, instead of tomorrow morning. I wasn’t entirely shocked to find no elk at the refuge. My guess is that all the elk are up in the neighboring forests with their babies; but during the winter, then come down into the enclosures and are fed. Still, it’s a lovely, lonely place.

The biggest excitement was seeing a badger! It was doing a little tour under a parked RV and was not a fan of my attempts to photograph. Still, I saw it, which was fun. My first impression was that it was a moving carpet!

Still no bears on this trip.