As usual, I came up with a plan for this series someplace in the middle of the process. I’ve had the idea for a series on painting style for a while, but my ideas seemed too uncoordinated for a real series. Then I had a week without a topic and… BAM! This series started. To recap, I started with a quiz to see if my readers could tell which of two paintings was created by me or another artist. Anecdotal feedback indicates about a 67% sucess rate. I concluded with the idea that regardless of having a “style”, the differences between me and any other painter were enough to negate any worry about such an ephemeral idea as style. The next week I explored subject as an element of style and ended with the worrying thought that, as the song says, “It’s all been done before.” I asked my readers to complete a survey about why they purchase art. Here are the results (this is not a scientifically designed survey.) 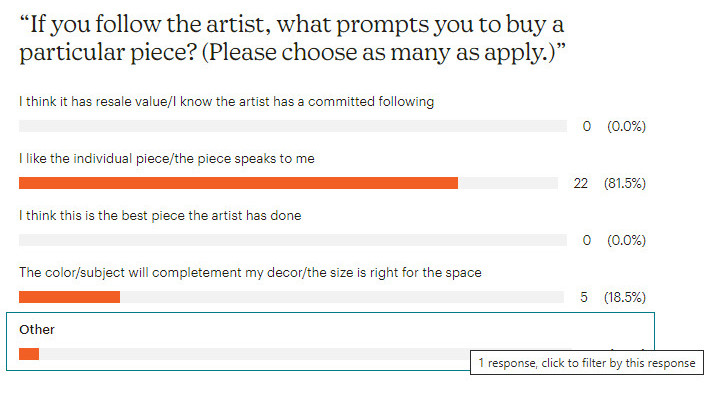 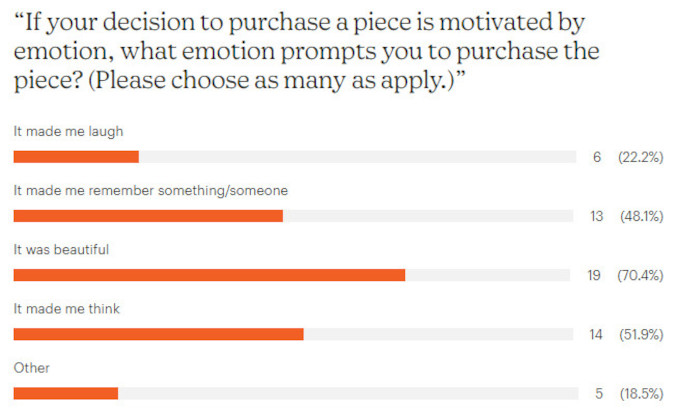 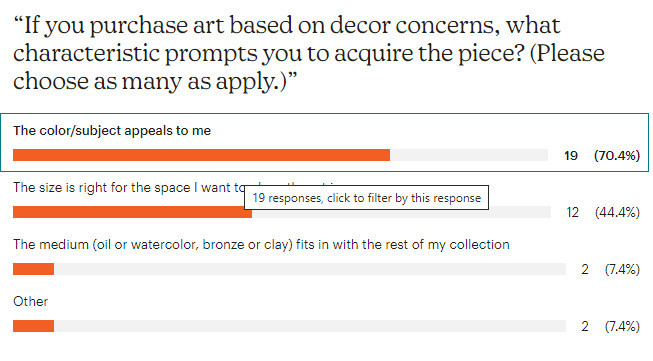 To paraphrase, it’s all about the individual piece for the potential purchaser.

Obviously, having someone purchase a piece is not what drives an artist to create. But if viewers can only occasionally tell my work from someone else’s AND there is no such thing as a new subject… Well, it starts to feel a little hopeless that I’m reaching anyone at all. Can anyone really say their work is unique enough and new enough as to be unmistakable?

Recently, I painted an older couple from a reference photo I took years ago in downtown Portland. This couple was striding along, hand-in-hand with their walking sticks and I thought to myself, “That’s my life goals.” Part of the reason the reference photo has languished so long is because I don’t typically paint either urban scenes or people.

I’m pleased with this painting, though since the initial haze of accomplishment and infatuation has worn off, I can see that it’s tentative and clunky. I still like it because I learned so much from it. And I really did think that was a neat couple.

So, does this piece depart from my style? 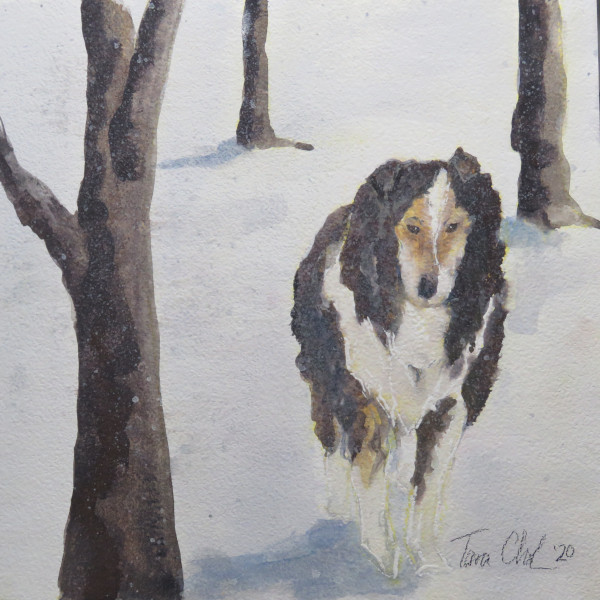 Snow on the Roof 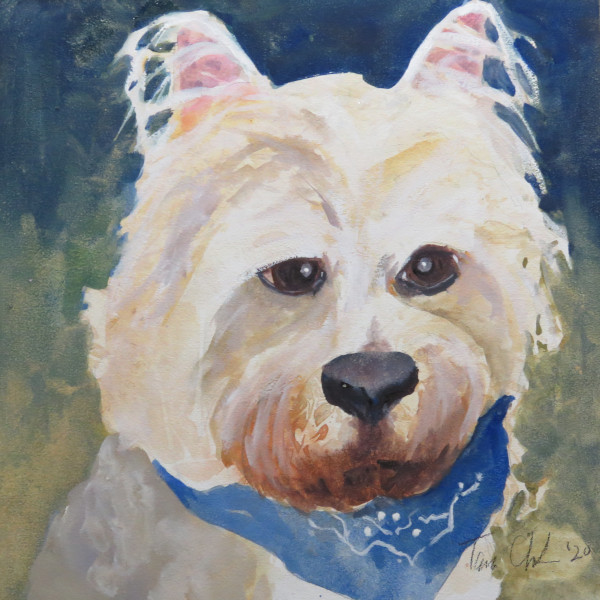 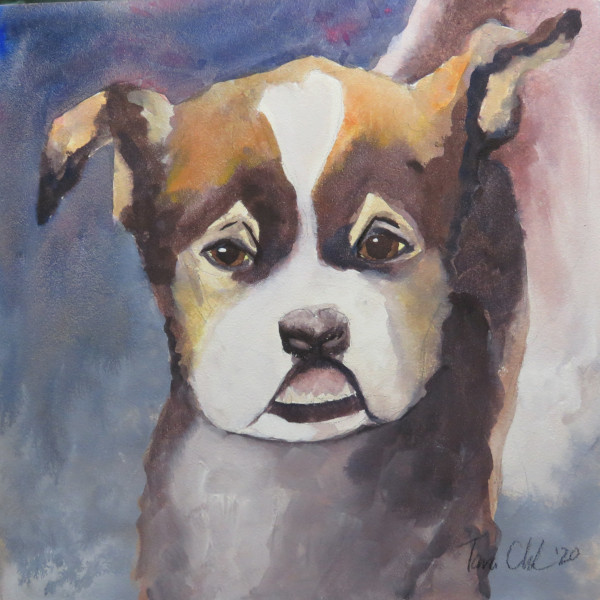 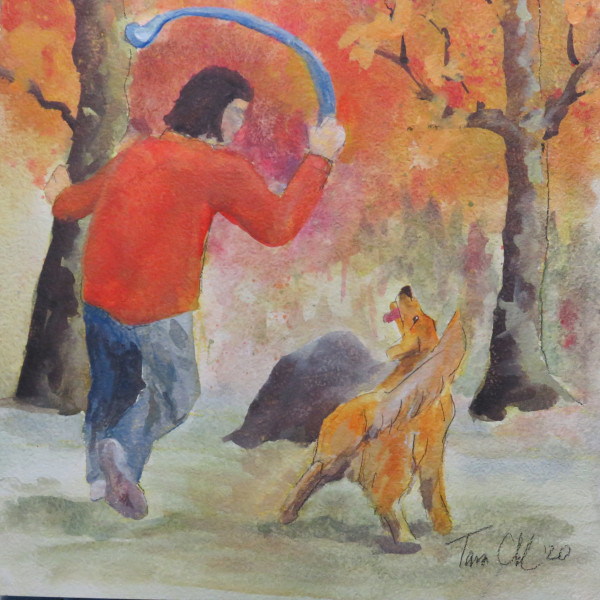 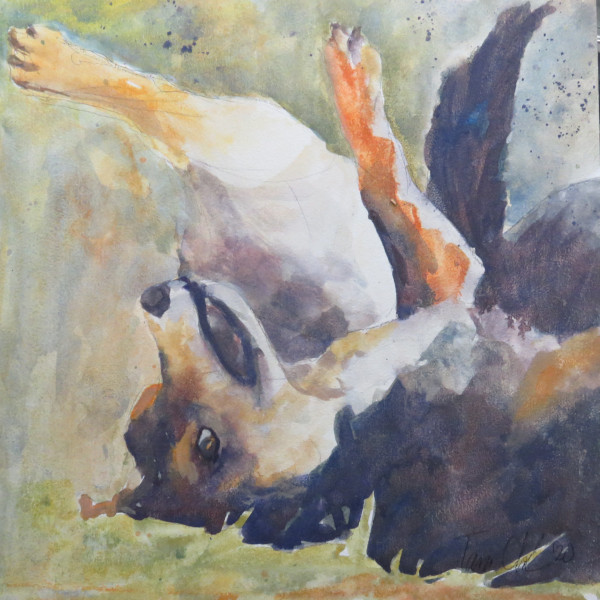 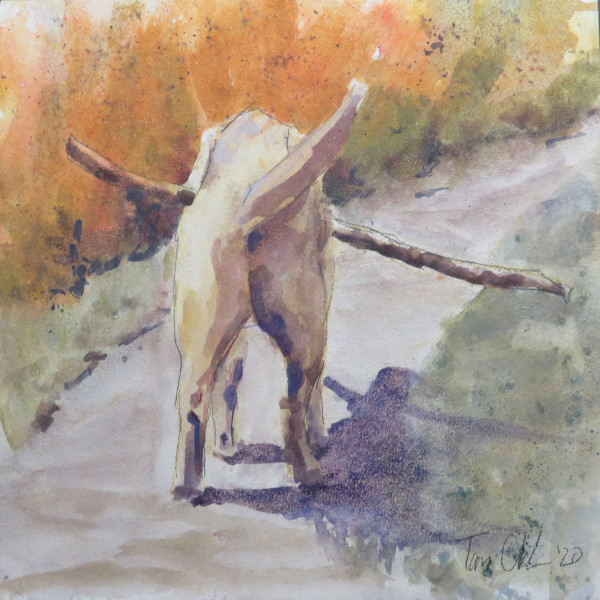 Walk With a Big Stick 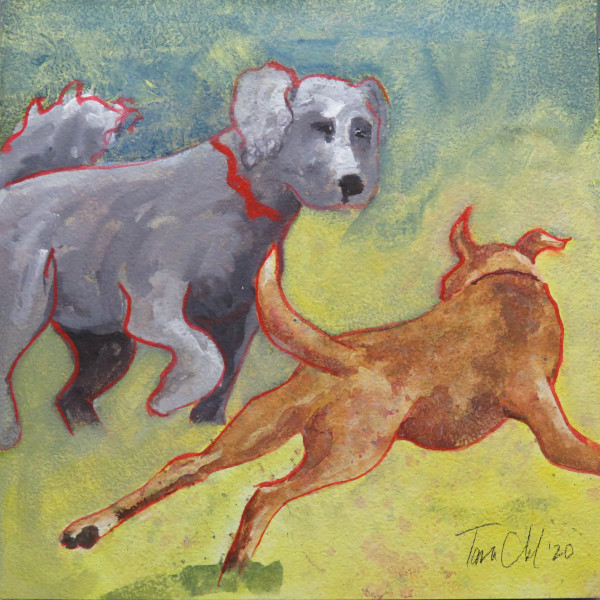 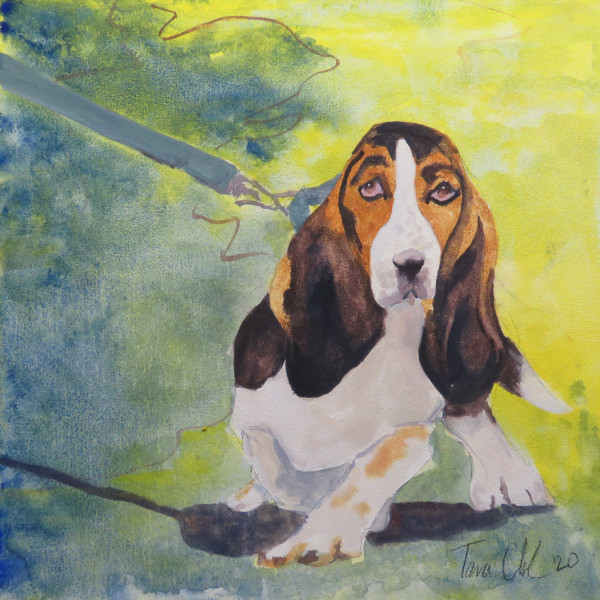 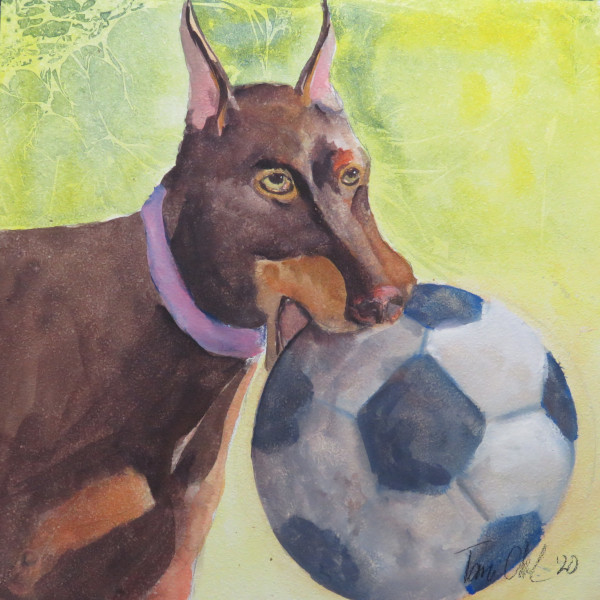 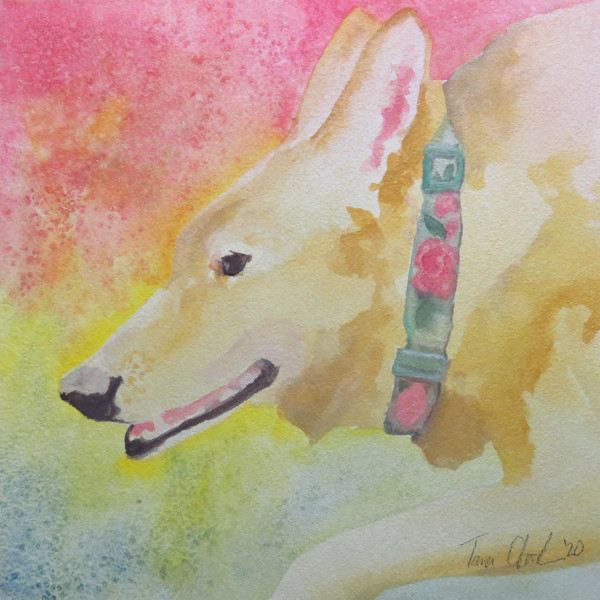 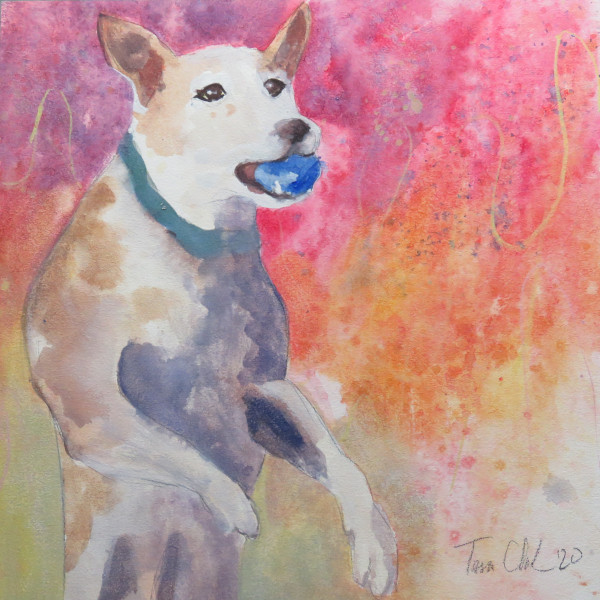 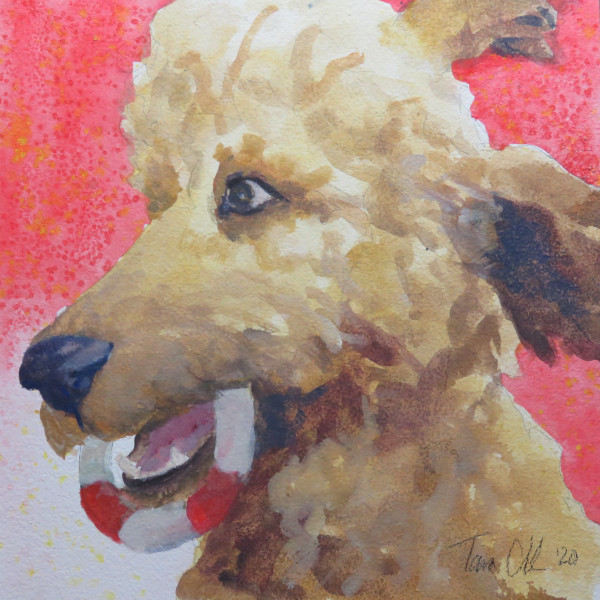 Above are 12 paintings from “The Dogs of Minto Brown” series. Looking them over, two years since creation, I still see a continuity of style. Or more accurately, a continuity of elements.

Line – An identifiable path created by a point moving in space.

Shape – An enclosed space, a bounded two-dimensional form that has both length and width.

Texture – The perceived surface quality of a work of art.

Form – An element of art that is three-dimensional and encloses; volume; includes height, width AND depth.

Space – Distances or areas around, between, and within components of a piece.

Color – Consisting of hue, chroma or intensity, and value.

Value – How light or dark something is on a scale of white to black.

According to my own rating of the Minto Brown series, my style runs:

Was “Life Goals” so different? When I rate that painting against the Minto Brown series as a whole, nothing changes. All the elements of “my” style didn’t change at all, though my execution of the subject was problematic.

So, if I have a style, what’s the next step in my artistic journey?

That’s the final piece of the puzzle, and next week’s topic.

As I mentioned last week, I signed up for the September STRADA challenge. I’m delighted to report I’m still on track.