Today I went on a guided hike in Canemah and had a blast, but I’m going to write about that in tomorrow’s post.

While in Canemah, the historic cemetery had its gates open to allow Memorial Day traffic, and our group went in to admire the lovely grounds. As I was walking around I got to thinking about Memorial Day, which was originally designated as a day to decorate the graves of veterans in the Civil War and then eventually morphed into the holiday it is today.

I am not the biggest fan of holidays, but this year Memorial Day has made me stop and think. It’s probably because my dad is quickly fading from dementia / Alzheimer’s disease. It’s hard on me because I remember him as the man who put in the garden every summer, taught me to drive, and helped me roof my first house. Now he does very little; while he is still “at home”, he can’t really travel and has trouble with a lot of daily tasks. It’s even harder on my mom who takes care of him. I worry about them both. 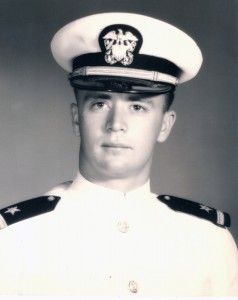 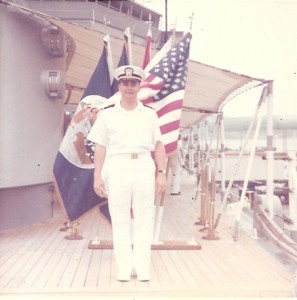 My dad was drafted into the navy after finishing college. He served as an officer on the USS Providence (CLG-6) from around 1964-1967. During this period, he went to the following places: 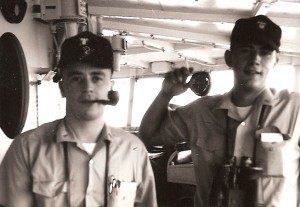 I have to say “around” in my description of his service because Dad never really talked about the details of his time in the navy. The stereotype of those who serve is of men who came back and tell war stories. Dad would occasionally tell a few stories about his friends in the navy when he had a few to many, but he never would say much more.

When I was in my teens I learned from my mom that he had spent some time behind enemy lines and that was why he didn’t like rice and kept his hair so short (he still wears a crew cut. )

Going through old photo albums, and we are lucky enough to have many, I can see Dad’s artistic side in his photographs and meticulously detailed photo albums, in some cases complete with notes.

When I look at these notes, I really feel that how young and scared Dad must have been.

Dad came back to the states in about 1968, re-entered college as a graduate student, married my mom in 1969, and became a shop and art teacher in Oregon about 1970.

He stayed in the Navy Reserves until 1985, serving 20 years.

Its more than a little sad to think about Dad’s period in active service, because I know it left him with unpleasant memories. But I’m proud of him. And grateful.

I just wish it hadn’t been so hard on him.