This week would have been Maggie’s 72nd birthday. While I’m not really one for keeping track of birthdays after someone has gone, it seemed like a good day to tackle the chore I’ve been meaning to do for eight months: Mom’s final history.

The memorial service was April 13 and was well attended, with people coming over from great distances to pay their respects. The pastor at the church gave a lovely homily and history that I have used pretty heavily in creating this post. 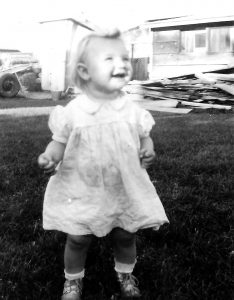 Margaret Marie Power was born on August 21, 1947 to Russel and Eunice Power in Missoula, Montana, in the Bitter Root Valley. Her father was a carpenter, her mother mostly a homemaker, with the occasional stints as a grocer or working in a rest home. She had a sister, Carol, five years older. 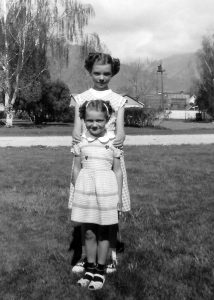 This was in the days when little girls had to wear little dresses to school every day; however, these girls wore jeans and when they got to school they changed into dresses. But when that bell was rung at the end of the day, they changed back to jeans before
coming home.

She remembered when her father built the first house in town that cost over $100,000. That was a big deal. The family moved to Stevensville, Montana, about an hour south of Missoula. Stevenville is the oldest town in Montana, founded by Jesuit missionaries. The town had around 700 when Maggie was growing up. She graduated in a class of 47 as a co-valeidictorian in 1965. 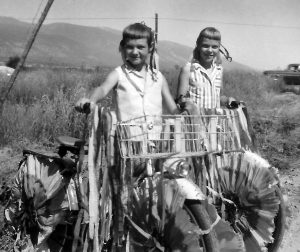 She went to the University of Montana for business education and office management. During college, she met a man named Don who was getting his masters. They first met at a party. Maggie went to the party with some guy, but left the party with Don! They both helped each other finish college and were married the day before Thanksgiving. Each year, Don would say turkey time made him nervous because his contract was up for renewal. 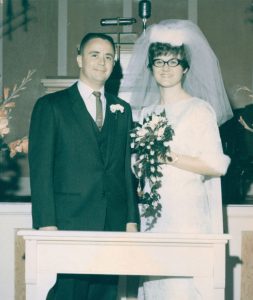 They moved to Oregon for work. Don worked at Chemetica Community College and Maggie worked for the Legislature that year, for the Legislative Council’s office and had floor privileges. She learned the good and the bad of statewide politics. Later, she moved to a job as an auditor for the IRS; it wasn’t her favorite job, but it helped pay the bills.

Tara was born in 1975, and the family moved up to Oregon City in a house that was just outside Oregon City, now in Oregon City. At that time, South End Road was out in the middle of nowhere, they had fields and pastures surrounding them. Tara would love feeding the horses whose fences would neighbor their property, they had an old farmhouse behind them. 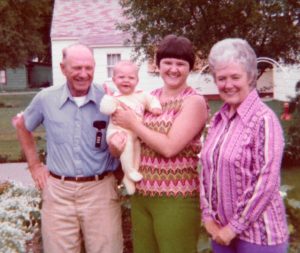 For Maggie, there was a new Portland office of a group of special agents doing special prosecutions, field work, undercover surveillance, tax fraud work. And Maggie got on board. Took a few classes for accounting and away she went finding the bad guys. It was challenging, but rewarding work. Over the years, the office moved down to San Francisco, but she wanted to stay here. PC’s, personal computers, were just starting to gain usefulness in the office space, and Maggie knew her computers. She changed her focus and became a programmers.

In 2002, after more than 25 years of serves, she retired. In a cruel twist of fate, the first part of her retirement was spent beating breast cancer.

With the knowledge that life can be short, that next year the couple moved out to their vacation property in Lincoln City. Don bought the land in Lincoln City with his Vietnam money in 1972, and over the years the couple built their place from the ground up, with the aid of their parents. Free and clear! 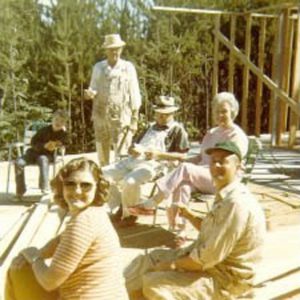 Maggie took care of her mother, Eunice, during her long decline with dementia. Later, Maggie was Don’s primary caretaker after his stroke and gradual decline. 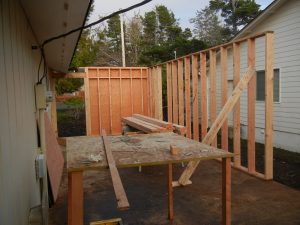 After Don’s death, Maggie undertook an expansion of the beach house. It took a while, but the house was eventually tailor made to meet her needs. She and her “Coffee Mates” had many parties and gatherings in addition to their Friday morning coffee breaks. 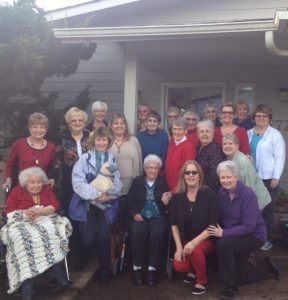