I am not famed for my flexibility. If I have a plan, that’s it. I hate a change. I’m not change resistant; I don’t resist just because something is changing. I resist when MY plans change.

I pouted the rest of the day and toyed with cancelling my days off. But I NEED a break, so I decided to take the days off and figure out a new plan. A few weeks ago I had planned to view a series of videos, but I got distracted by other projects. So, I resurrected the plan and purchased Lesley Humphrey’s video series on painting horses.

So, this morning I took the dog for a walk, set up the studio for non-watercolor painting and began. 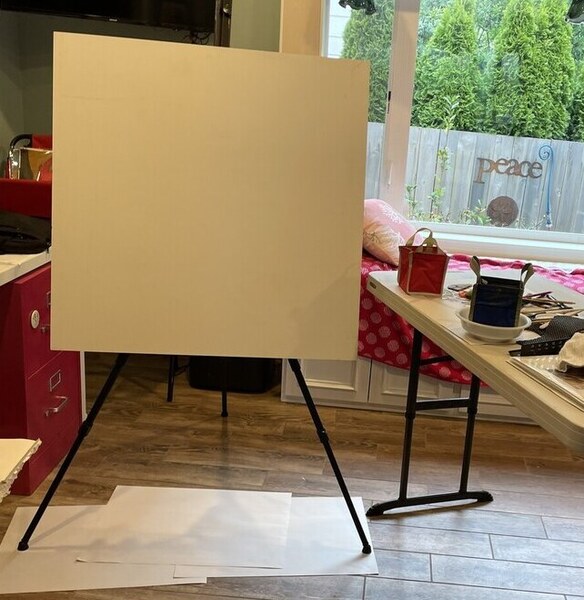 The following are photos of my painting as I followed her process.

For the first “lesson”, Lesley encouraged the viewer to work big (use your whole body to get a real feel for the canvas.) 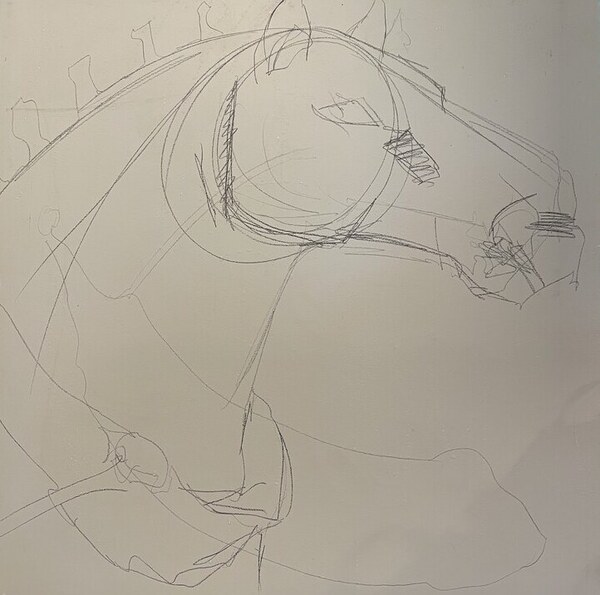 She worked using only white and black gesso, which emphasized the concentration on one of her key techniques, the “12 lights”. For me, her method concentrates on planes and texture, not line. It’s very different from my style.

She started by messing up the canvas using the black gesso. She did a lot of wiping with a towel and even her hands (in gloves.) 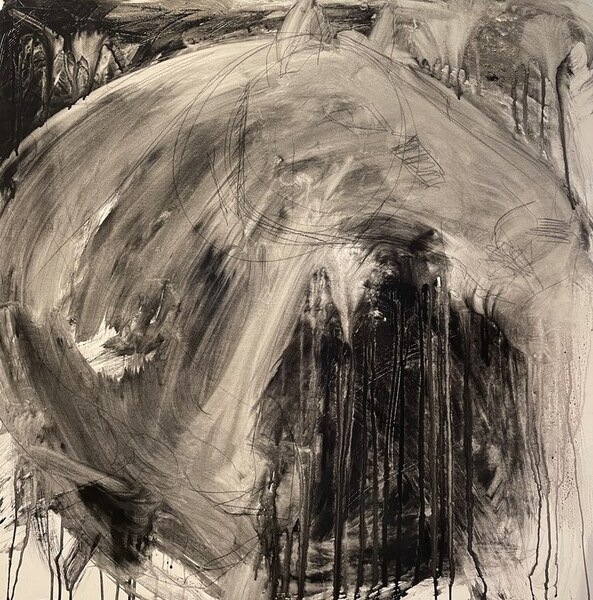 Then started adding the white gesso to create a sense of body and depth. 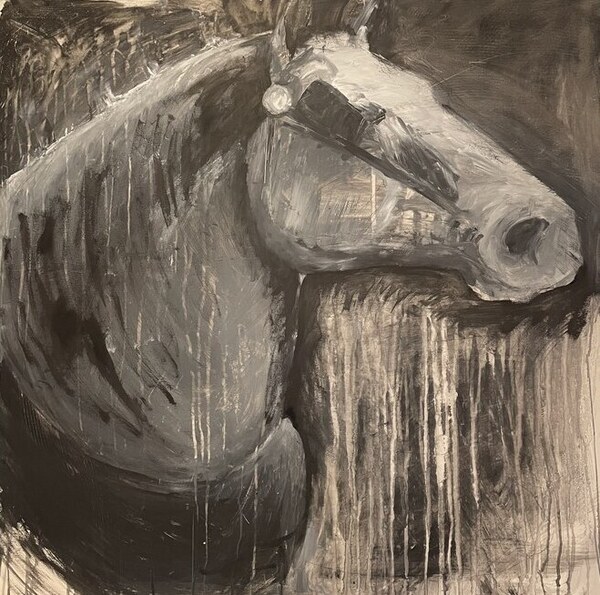 Finally, she added marks and other finishing touches. 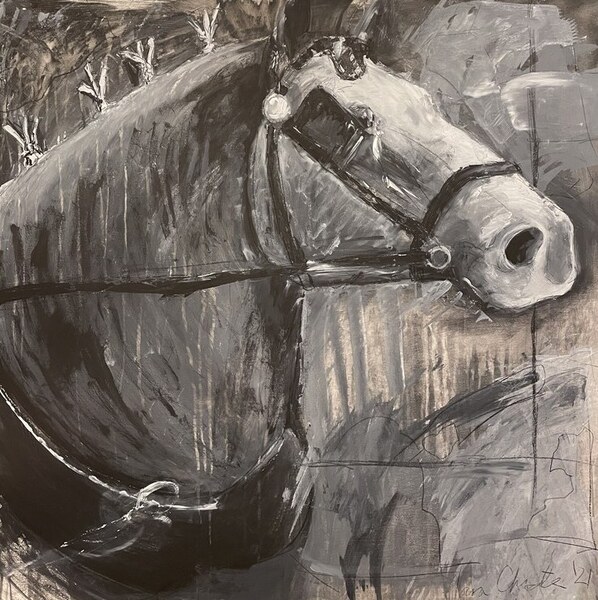 I am not a tidy painter, and this was a particularly messy exercise. I put down towels before starting, and wore gloves for most of the session. But I still had to use a mop, after cleaning up my hands. 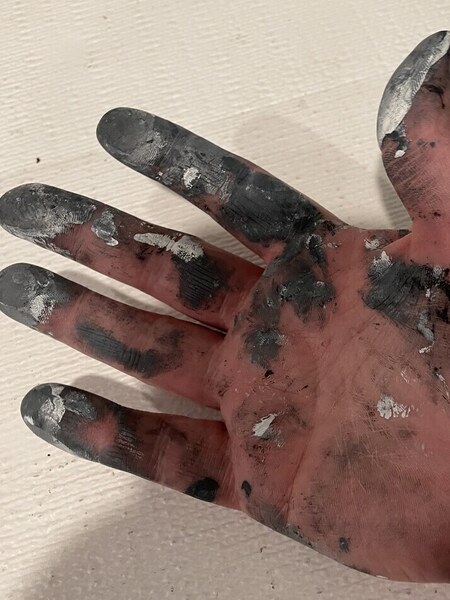 Tomorrow is charcoal day. We’ll see if I can stay any cleaner, though it seems unlikely.