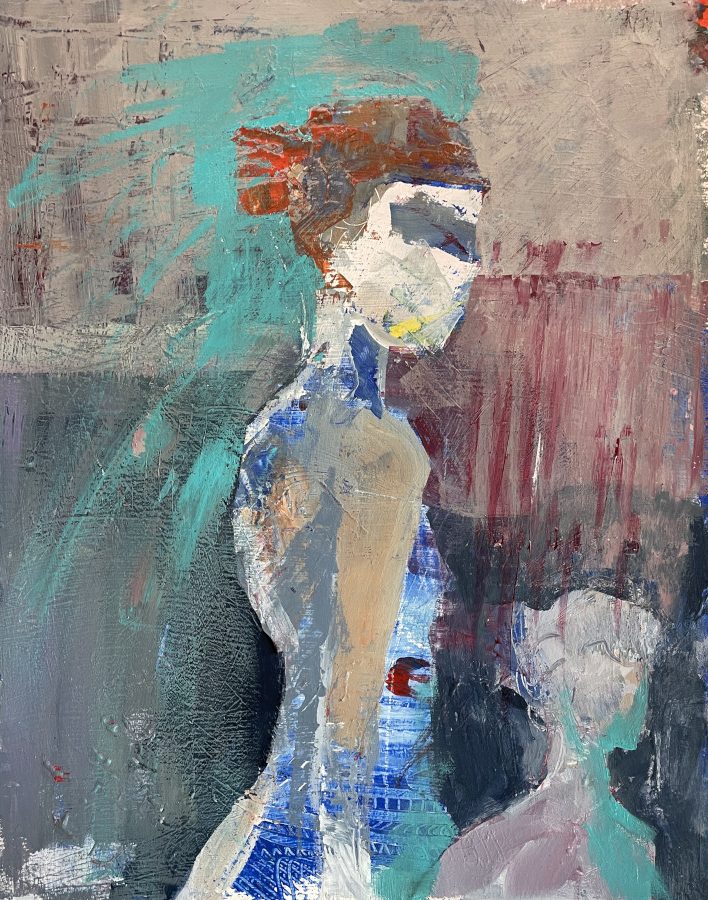 My apologies for anyone who was following along. I got home after the Jean Pederson workshop last evening, unpacked the car, and then just kind of hit the couch. I was tired from the workshop, but also from being awake for a few hours the night before with “stomach” issues.

In addition to the above, there were two others (Bad Guy by Billie Eilish and All About That Base by Megan Trainor) that I painted over before getting a proper photo. (Note: Ring of Fire and Twinkle were started with a red gesso base, not a white gesso base.)

I really enjoyed these warmups. I would highly encourage anyone interested in loosening up to try it.

Next we did some life drawing by proxy. Jean put some images from a modeling session she had been to up on the media screens and we did a series of ten 2-minute sketches. Nothing terribly exciting, but we were working more on gesture and shape than capturing detail.

Putting It All Together

Finally, we were asked to transfer one of the sketches onto one of the collages from Day 2 (the last image here I did on my own, during demo time.)

I don’t think any of these are finished. “Me Too” and “Attitude” might be the closest, but I still see some work on those.

I was starting to work on the exercise, and I got to a point where I was stuck. It was all these fun colors, but nothing really stood out enough to make an actual figure. Jean asked the room if anyone needed help, and she came over. I said, “Well, I’m doing what I always do. ‘Here’s a color, there’s a color, everywhere a color color’.” Studying the painting for a moment I said, “I get that it needs neutrals which would help the values, but I’m stuck.” Jean paused for a moment and said, “That’s an important question.” And took a photo of my painting and put it up on one of the screens and manipulated the image on her pad to show how to use the neutrals to develop the painting. I painted along with her suggestions (didn’t take a couple) and felt like I gained a lot. From this, I did “Attitude” and then started on “Sari”.

I’ll write a summary of things in a few days, but for right now I’ll just report it was one of the best workshops I have taken. While I probably won’t be doing huge numbers of humans, I am excited about the possibilities this opens up for animals. In particular, horses. 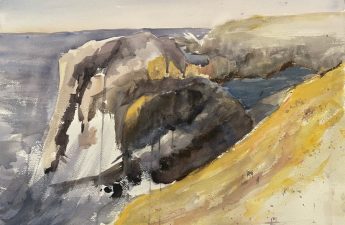