Today was the second day of the Bev Jozwiak workshop. As promised, we started with a step-by-step exercise using Chumlee.

For comparision, here is Bev’s version of the same reference photo. 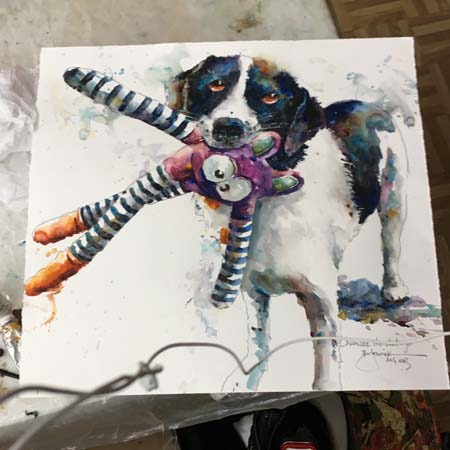 And here’s a photo of the whole class with their versions. 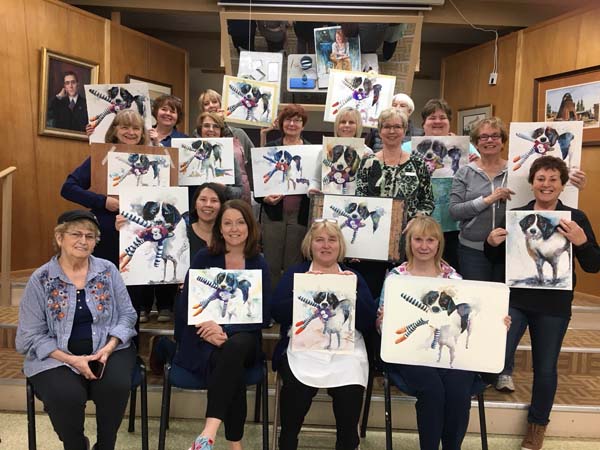 Between working on Chumlee, I attempted to work on two pieces I had brought on Yupo™. I have done one previous painting with this slick surface, but I didn’t fall in love. I’ve seen a couple of videos since then, and as Bev sometimes uses the this, I thought I would give it a try. You saw my attempts at the peacock yesterday.

And I brought a roller today to use to start a yellow-headed blackbird.

Moving onto other topics, I brought some paintings that I thought I could work on between steps.

I worked on them a little, but the thing I REALLY wanted to get out of the workshop was and understand of how Bev gets her amazing darks. So I quickly drew out some flowers and went to work, trying to set them up to use her “thirds” idea: the top really dark, the center in middle values, and the bottom very light and loose.

Obviously, thees are unfinished. And they have potential. But I did not nail it. I asked Bev for some help and we agreed it was probably something best learned by “hours on the brush.”

Which brings me to my reminder in all this. Workshops are about trying something new, not creating masterpieces. Paintings done in  a workshop shouldn’t be entered in shows, though I think there is a little flexibility in this (Chumlee – NO!; yesterday’s horse – Maybe.)

Taken from the standpoint of trying something new…. I nailed it! 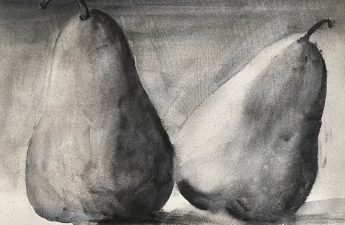