Today I went on a wildlife viewing tour of Sauvie Island with Oregon Wildlife. Originally this tour was supposed to coincide with the Audubon Society of Portland’s Annual Raptor Road Trip, but “Snowmagedon” caused everything to shut down. 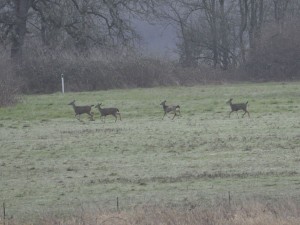 We observed a small herd of deer with yearling in tow first thing. No sign of spring fawns yet.

I had a great time and used my mom’s big camera (she’s had it loaned it to me for over a month) to take as many photos as possible. 588 to be precise.

After editing out all the blurry ones, vague tree shots, and black ones (oops, camera lens still on…) I was still left with a bounty of future reference photos. 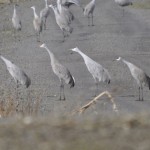 A group of Sandhill cranes. 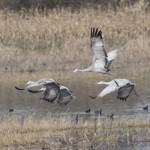 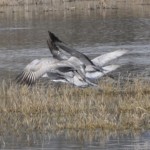 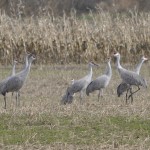 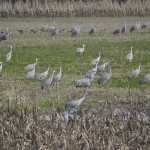 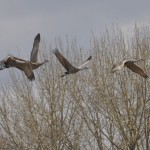 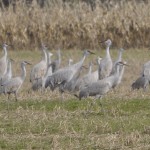 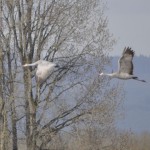 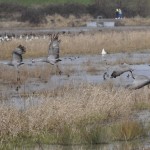 Of course, the Sandhill cranes stole the show. But I was amazed at the variety of birds, particularly waterfowl. We saw several kinds of Canadian geese: cackling, Travener’s, and Dusky. I wished I had spent more time with the ducks. There were snow geese (SO many) and even a few Tundra swans. 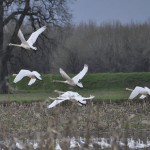 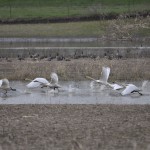 The other time I went on the Raptor Road Trip, I saw more raptors in numbers, but that doesn’t mean I didn’t see plenty today. 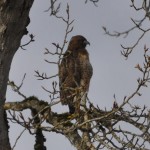 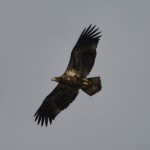 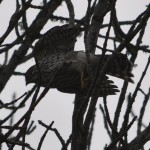 But arguably the most exciting find was the heron rookery. I had heard they were there on the island, but I had never known where to look. This HUGE one was just off the road. 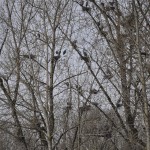 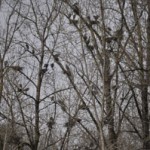 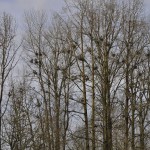 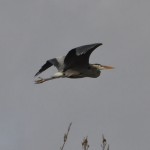 Going through them to pick out the best ones for my reader’s viewing pleasure, I noticed the the key to future paintings was almost certainly going to be editing.

Case in point. This photo of swans. It’s nice, but a little bland. 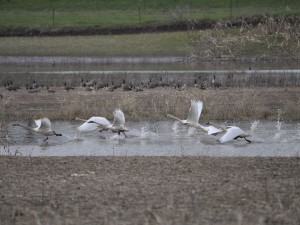 But after I examined it, I decided it would look a lot better like this:

This way I can see the painting I will work on. I’ll mask out the swans and do a pour, then take off the masking and put in the detail.

Similarly, there was something about these cranes that I found amusing and I took  many photos of them. 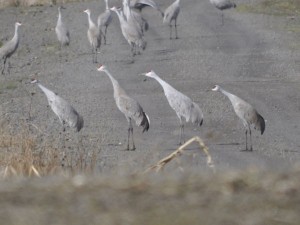 A group of Sandhill cranes.

It wasn’t until I applied the ol’ crop tool in Photoshop, that I realized what the punch line was. It was their posture. The other cranes and the background obscured the potential rhythm of the piece.

The start of a painting.

For this potential painting I see something more geometric to accent the fluidity of their poses. And a title that helps the story along….

Anyway, 588 photos, a trip to see the horses at Sound Equine Options (a bunch of adoptions this week!), and a quick trip to a fiber (think knitting) sale. I’m a tired girl (also still itchy.)