It’s my story that the last two weeks of not posting or doing art have not been my fault. And I’m gonna stick to it.

The last few posts at the end of August were about the finishing of two paintings for an upcoming show. I worked hard on them, and the remaining steps were to varnish the panels and deliver them. The next weekend, I did the varnishing, but delivery is not for a couple more days.

On the 4th I attended my monthly “Roaring 20’s” mentorship check in with Ruth Armitage. It went well, but I was oddly complacent and didn’t get new goals; I still needed to work on my goals from month 2, which had been bypassed in favor of the aforementioned paintings.

But rather than trying to catch up, as I so desperately need to do, I ran amok over the Memorial Day weekend.

On Saturday a friend and her son, James, came through to spend the night at the beach house before heading north to more exotic locations. I suggested a whale watching trip and off we went.

As usual, the magnificent Carrie Newell presented the pertinent (and fascination) information about the resident gray whales. However, she mentioned that for some reason, there weren’t as many gray whales in the area this year. She voiced a suspicion that the heavy spring squid bolt had somehow messed up the habitat for this year. Still, there were enough whales in the area that we would see at least one.

As we were loading into the boats, a call came out over the radio. A small pod of humpback whales had been sighted out in the main offshore fishing channel. The pilots gunned the motor and we were off! It took a while to find them, but the fisherman who had called in waited around to guide us to the pod.

I hadn’t packed my camera (foolish) so the only camera I had was my cell phone camera. James had a camera, but… well… Here’s a pro-tip: Don’t give a 10-year-old boy a camera and expect great shots.

The video’s quality leaves a little be desired, but you can hear our collective excitement.

James took a few more pictures and I got several with my phone. They aren’t the best, but they are better than nothing!

It was really exciting! I had never seen humpbacks before.

Sunday my friend and James took off, but another friend, her daughter, and her daughter’s friend arrived for a day trip. I haven’t spent a lot of time with 15-year-olds, but I know I’m hopelessly uncool and didn’t taken it personally. My friend and I made very sure not to walk too near the cool kids. We went to the beach a couple of times, then made our way to Mossy Creek Pottery, Alder House Glassblowing, and then a quick tour of the Siletz Bay NWR.

I returned to Salem late Sunday night because I had an appointment on Monday. I have been thinking about getting a pair of kittens for a while. It’s been a while since Bob died, and while dogs have a special place in my personal totem pole, I miss having cats around. I was eyeballing various places to adopt a kitten when a friend announced that a cat had walked into her sister’s garage and proceeded to have seven (7!) kittens. 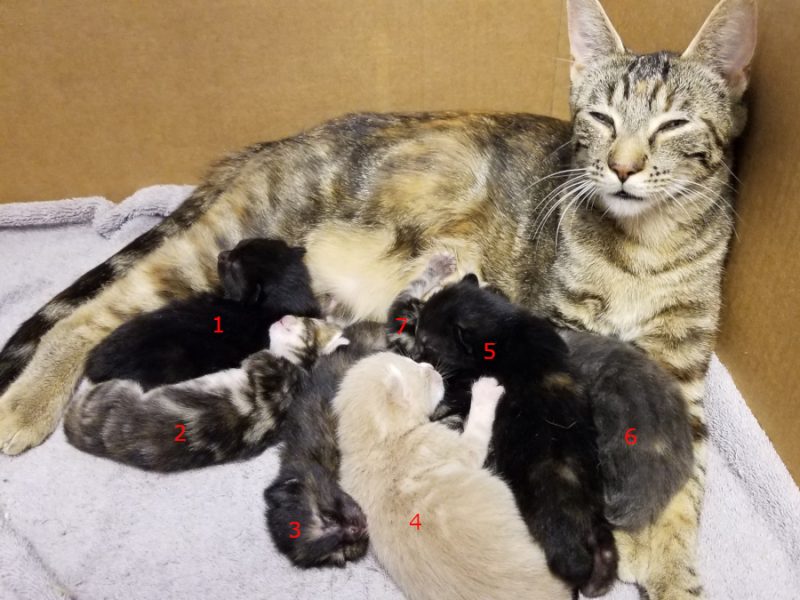 Trust me, this cat knows a sucker when she finds one. Unfortunately, the mama cat developed mastitis after a week and they had to put her on antibiotics, which meant the kittens had to be hand fed. My friend and her sister split the litter up to ensure everyone got enough attention and food. Monday they were bringing the kittens together for the weekly conference.

Over the last five weeks, I’ve been getting regular reports on the kittens and Monday was the day I got to go pick out mine!

As you will probably note, I picked out the gold/silver tabby (kitten 7 in photo 1) and the dilute tortoiseshell (6). The cream (4), black (1), and silver tabby (2) have homes as well. They are looking for a home for the dark tortoiseshell pair, who are apparently quite the buddy team. If anyone is interested, I can provide a contact. My friend and her sister have done everything right, and these kittens are used to being handled and very people-centric. 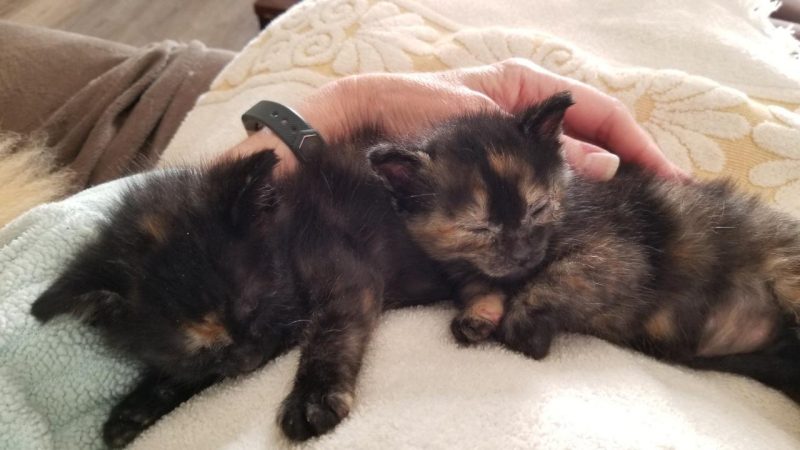 It will be about another week (around Sept 19) before my kittens come “home”, but I’m excited. I’ve almost picked out names; Anouk (DT) and Chitza (GST) (yes, from Chocolat) are today’s favorites.

My friend, Sandra Pearce, challenged me to take part of in the Strada Easel Challenge. Every day you draw or paint something from life (not photo) and post it on social media. At the end of 30 days, those who have completed the challenge are in the drawing for a prize. Sandra has been kicking it. I’ve sort of been limping along.

In other news, I fell about six weeks ago and got a slight concussion (very slight) and a huge elbow bruise. Ever since, I’ve had nearly constant headaches and neck pain. I figured it was whiplash, but since moving I haven’t picked out a new chiropractor. Last week the pain got bad enough that I caved and yesterday I went to my first appointment. I had a rib “out”, but was also diagnosed with a neck sprain (wrench or twist the ligaments of a joint violently so as to cause pain and swelling but not dislocation.) I can move my neck more today, but I am so sore.

As I’m sure most of my friends know, we had a major storm that resulted in massive forest fires. Startling, both my new Keizer house and the beach house are near the fires. The beach house has been at level 2 (be ready to leave) a couple of times, and the Keizer house at level 1 (be aware of the situation). The air quality has been terrible and essentially everyone is holed up inside with the A/C running just to keep the air clean. It’s really been an apocalyptic year.

I’m hoping that by posting this and getting up to date, I’ll be able to work on some paintings tomorrow. I’ll still be cooped up, but maybe I’ll feel more ambitious. Wish me luck!