Preface: I had hoped to have my website completely updated and finished before pushing a new blog post, but I needed to vent a little. We’ll call this a “soft opening.”

I don’t think I’ve ever written about “The Beach House” before.

My mom and dad purchased the land, in a development south of Lincoln City, with his “Vietnam money” in 1971-72. The summer of 1972, Mom and Dad and both sets of their parents framed, roofed, and sheet rocked the beach house. Over the following 20 years, they finished the house. I was about twelve before my room was painted and flooring went in.

As I was growing up, we would head down to the beach house about once a month. There would be a big rush to leave the house as soon as possible on Friday, and then by 11am on Sunday, we’d be heading back home.

We spent most Thanksgivings there. It just became the house where that happened, with various friends making their way to this feast over the years.

When Mom and Dad retired in the early 2000’s, they intended to retire down there (unless Dad could have talked Mom into Arizona… which was never gonna happen). That was delayed a few years with Mom’s breast cancer, but by 2005 they were ensconced and Mom began turning the beach house into her dream house. The kitchen was remodeled, then new flooring. Then the bath was remodeled. After Dad died, she added a third again onto the house as well as a swim spa and patio. 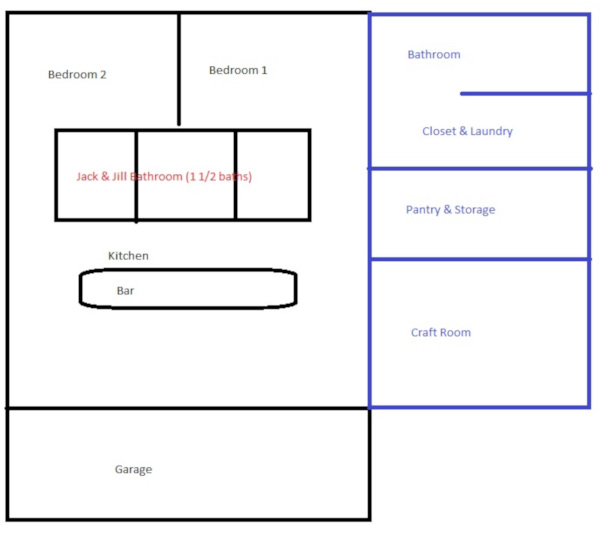 Over the years, I had pondered the future of the beach house. My vague plan was that maybe it would end up being my retirement home, too. I love the beach and the house has so many memories and associations for me.

When Mom died, the house was suddenly mine. About 15 years ahead of “schedule.” Over the last six months I have concentrated on cleaning it out (as discussed, Mom was a packrat) and making sure that the house was as “stable” as I could make it. I had removed food, found a yard maintenance place, and I was working on finding someone to do the gutters. The neighbors were wonderful, checking in on the place a few times a week.

Over Memorial Day weekend, I went down there with my friend, Lea. Lea knew how hard I was finding enjoying the house and that the responsibility was getting in the way of any pleasure I was finding. That weekend we put together puzzles, walked on the beach, and watched movies. I left hopeful that maybe I could find a way to come to peace with the house as a gift and not just a responsibility.

Last weekend, I left work a couple of hours early to attend my friend Mary Margaret’s 50th wedding anniversary party. Mary Margaret and her husband had also retired to the beach, and I was excited to see her again (and a PARTY!) I swung by the beach house to drop off my bags, use the potty, and give the dogs a quick walk before heading over.

When I walked into the house, I noticed how hot it was. “Did I leave a heater on?” I wondered. As I made my way to the bathroom, I heard an ominous hissing. The moment I wasn’t overly distracted, I started searching for the noise. It was coming from in back of the refrigerator. Then I noticed the puddle. Frantically, I moved the refrigerator from against the wall. Immediately, gushes of water started going everywhere. 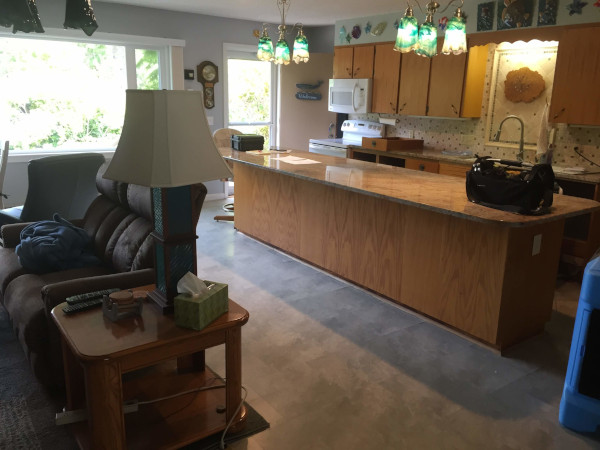 The line to the icemaker had failed and was spraying water.

My dad had installed the icemaker probably 20 years before and, of course, had not installed a cut off switch, so I had to call a plumber. Luckily, there was one living in the area and he got the water turned off. But the damage was done. 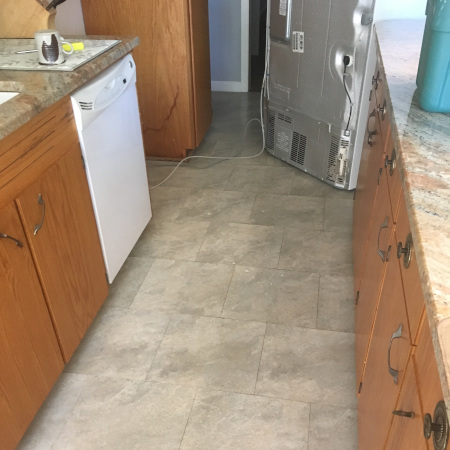 It’s hard to tell from this picture, but the floor was squishy and the tiles were pushing up around the edges. One did not have to be an expert to realize a new floor was coming.

I called the insurance company and the next day “Disaster Master” arrived to assess the situation. 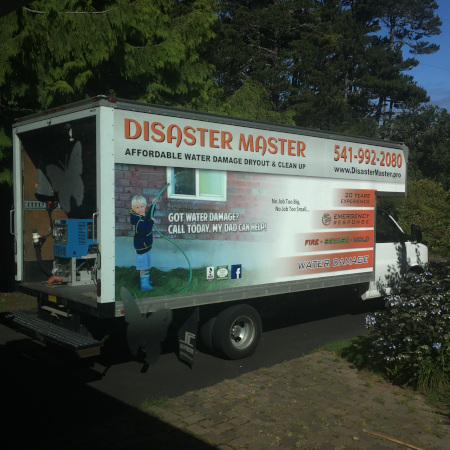 Over the next few days, it just got worse and worse. I was originally hopeful that it was just the floor, but as they got in, it became obvious that the lower cabinets and the bar had been affected as well.

They would call with more bad news and I would just say, “Do what you have to do.”

Friday they declared the house was dry and that I could begin reassembly.

The problem is that I’m not sure I have the heart to do it. I was already struggling with having more houses than were comfortable. This blow feels like another sign that maybe it would be better to say goodbye, as hard as that would be, and accept that this house is going to be an incredible memory.

I’ve sunk into more than something of a depression, sleeping a lot to get away from it all. This is more than a little upsetting because I had really been starting to feel like I was on a path to recovery the last few weeks.

I’ve discussed it with my therapist, and she has suggested putting it on hold for a while. The insurance company says I have a year to “close the file.” While the house is not currently livable, it’s not in any danger (I really hope) either. A pause to get my bearing seems like a good plan.

Part of me says to go ahead and put the house back together. While they did have to remove the lower cabinets, they were careful with all the other cabinets, and saved the doors. They assured me the cabinets could be rebuilt, using those same doors. And a new floor is not a terrible thing.

Part of me says that this just makes it easier to put the house on the market. I feel like anyone coming in wouldn’t care about the history of the house and would just want to make it their own. A good realtor could advertise it as a blank slate.

My therapist had another idea. She says there are people who LIKE to do this kind of project. Are any of these people my friends? Want a project?

2 thoughts on “The Beach House”