This was a big week for art show notifications; I received two acceptances, both of which pleased me to no end.

The first was for the Watercolor Society of Oregon fall show. Even though the in-person convention has been cancelled (some digital classes will be available, but it’s not the same), the show will still hang in the Elsinore Gallery through the month of October. The accepted piece was “OSIFS”; I’m glad, because I think this piece deserves to be in a show. 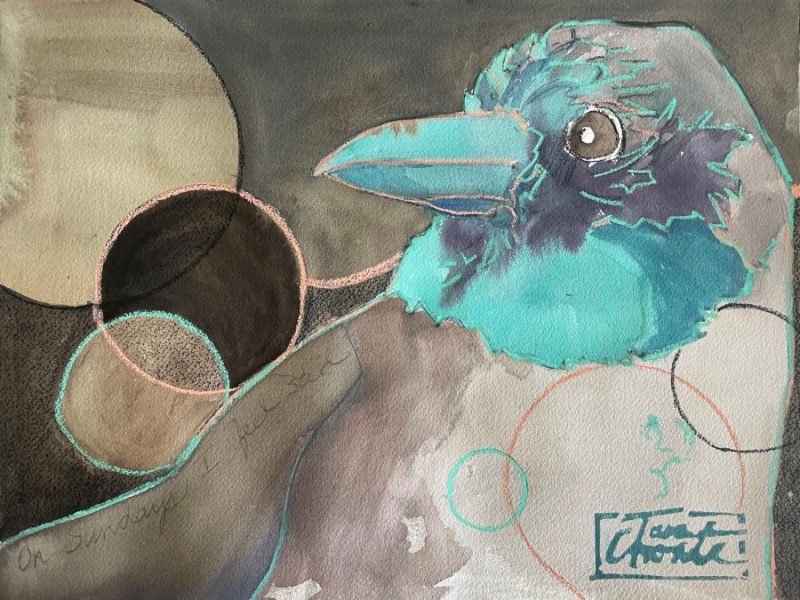 When I entered this acceptance into my tally sheet, I discovered that with this acceptance I have become a SIGNATURE member of WSO. That means I can now sign my works, “Tara Choate, WSO”. As I explained to a friend, it’s a little like a title. When you get signature status in the National Watercolor Society, that’s when you should expect people to bow to you as you go by. I’ll hold my breath!

Second, I received word that my painting “Fleet” was accepted into a digital show by the Pittsburgh Watercolor Society. Entering was a bit of a whim, but other than entry fee, what’s the harm in having more people see my work? 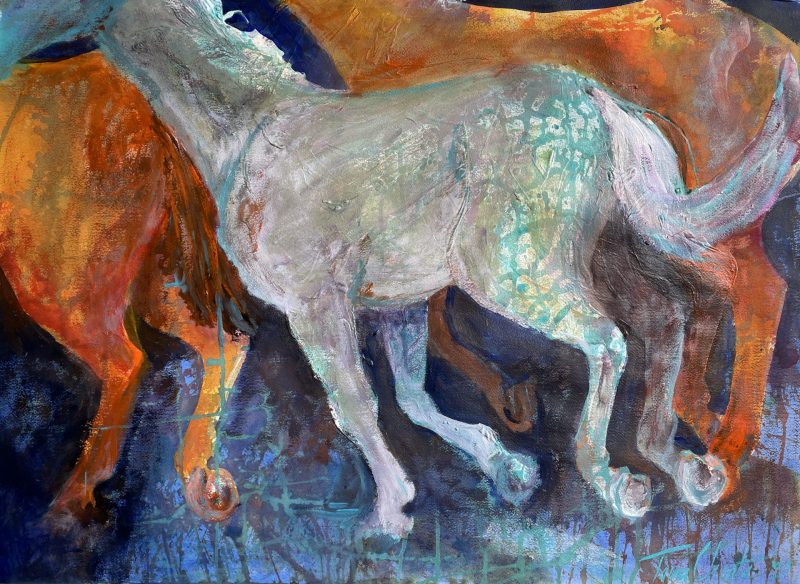 I am still waiting for word on the Northwest Watercolor Society show.

This painting has been sitting on my table for a few months (since May, but who’s counting). 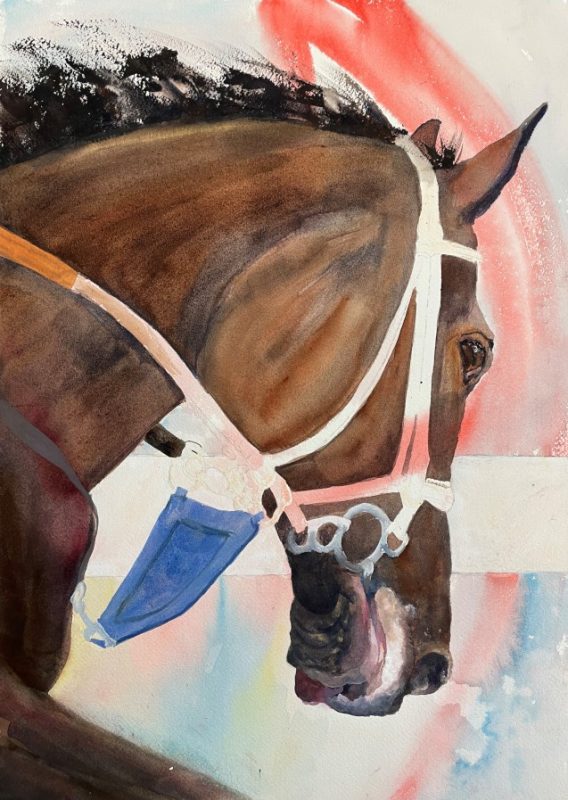 The other day I was on hold and decided to adjust a couple of areas. One thing led to another and on Friday I put the (probably) finishing touches on it.

The horse is wearing a three-ring snaffle, which is where the name came from. I am toying with the idea of changing it to “Controlling Fire”, but haven’t decided.

After working on the above, I decided to spend a little time on an idea I’ve been playing with. As I said a couple weeks ago, I want to download some videos from a favorite artist and do a little mini-workshop. And I still might. But as I’ve been thinking about it, I’ve been wondering if I couldn’t work on the idea she shared and come back to her videos when I need the next stage.

When I looked up the word “study” in the dictionary, these pseudonyms were offered: exercise, abstraction, comparison, contemplation, pondering, reflection, rumination. I’d say that was about right for this exercise.

As you can see, these are studies from my barrel racing adventure a few weeks ago. What I am working on is painting shape. I’m not trying to paint the horse, I’m trying to paint the things next to the horse. As you can see, I have some ways to go. The third piece, in particular, is very out of proportion. On the other hand, I like the 2nd painting so much I’m considering doing it in a larger size. Or just framing it as is! I’m loving the way this style implies rather than tells. So much is left to the imagination.

My plan is to spend some time working like this. There probably won’t be “finished pieces” up to “standard”, but I am hoping that I’ll come out on the other side with paintings more like what I envision when I sit down to paint.