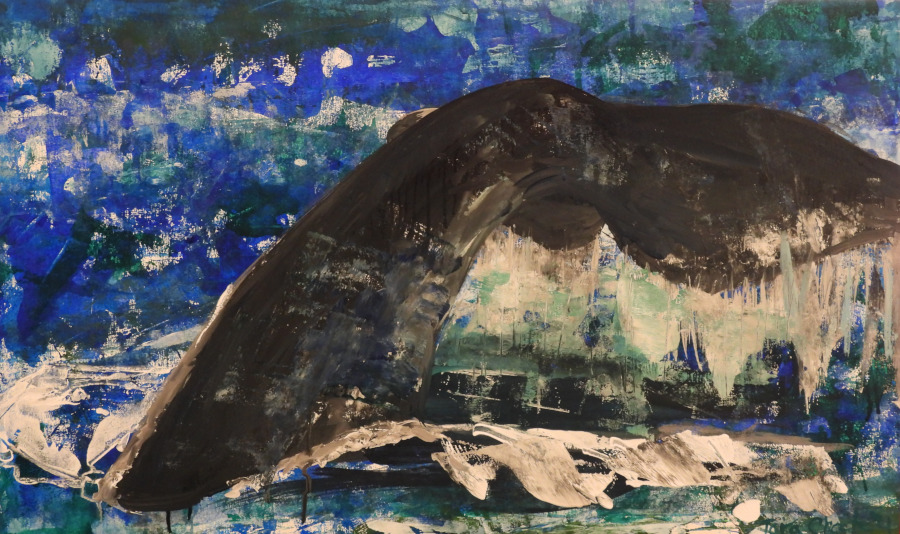 When I was about 8, we had a little “puddle jumper” truck (Mazda.) Dad would drive, I’d sit in the center, and Mom would take the passenger side. Dad took the opportunity to start teaching me how to drive. We’d be coming to an intersection, and he’d have me listen for the changes in the engine and shift gears when I thought the truck was ready (or when he told me to.) Then, when I was around 11, Dad picked up a Honda motorbike. He continued working with me on changing gears and by the time I was 13 I was driving the motorbike on my own. We spend the winter just before my 16th birthday in Montana and Dad worked with me on driving in snow. Again, gear changes were a big factor; when you drive on snow, brakes are the enemy. To this day, I still prefer driving a stick shift. Listening to the sounds of the motor is a skill I think many people never really learn. And I’m among them, though the motor I have trouble listening to is my heart, mind, and soul.

The way I feel now is like when you are going down a hill, and you have shifted into neutral to get the most speed with the smallest amount of effort. When you hit the bottom, you are at maximum velocity, but you can’t just force the engine into a gear, you have to let the speed settle so the vehicle can pick up the correct tempo in time with the speed. I think I’m waiting for my engine to settle.

This week will end my 12 months of mentorship with Ruth Armitage. She is in the process of moving (changing houses) and also just had her first grandchild, so she is letting the Roaring 20’s program lapse for a while. Even if it was going on, I’m not sure I would sign up again. While it’s been great, a year of mentorship is about enough. I’d like to try some new projects on my own. Even if I don’t know what those new projects are.

I thought I might come out of the Peggy Judy workshop with a renewed interest in oils, that just didn’t happen. If anything, I’m less inclined toward the medium than when I took my first workshop from her nearly three years ago.

I spent the weekend at the beach house, hiding from the triple digit temperatures in the valley and supervising the delivery of a new bed. I thought several times about painting, but it wasn’t until I sketched out a painting of pelicans that I thought I’d give it a shot. Then I lost the sketch under the initial background and decided to go with this similar composition.

I used a brayer to do most of the painting and, while I see a few adjustments, I love the freedom of the strokes.

While this painting is close to being successful, for some reason my artistic energy is still not kicking into gear. Whether the reason is physical (I am still struggling with my asthma flare-up), seasonal (summer is my least favorite season), or mental (I just spent the last year in an intensive painting program) I feel like I need a break. So, I think I’m going to take a little vacation and see if that helps to re-inspire me. At the very least, I’m hoping it will help me sort out my next direction.