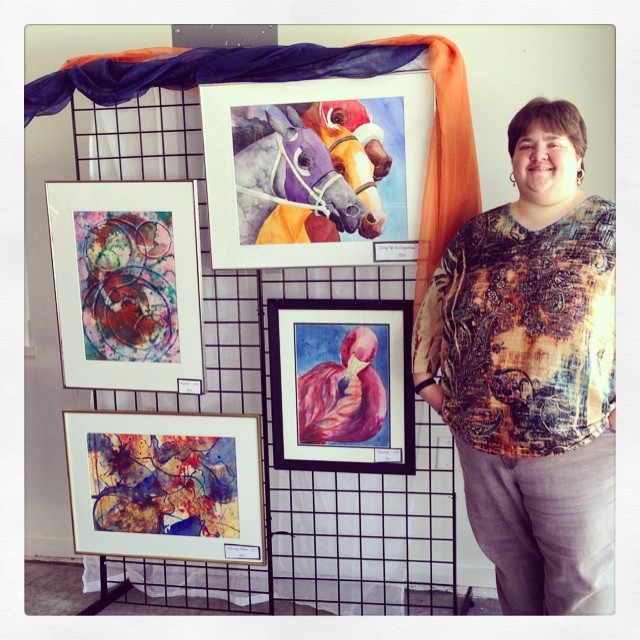 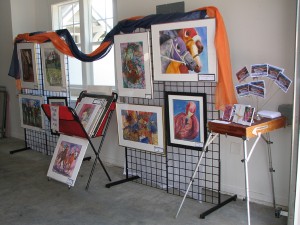 Well, Open Studios of Beavercreek has been going on for two days and so far it’s been great.

First, I have been so touched by all the people who have helped and shows support. My friend JJ came out bright and early on Friday morning to help me with the last minute details and getting prices on everything. She’s a wonder with setup and visual stuff, so I was really grateful.

Next the ladies from my church came by to show their support. This made me feel so good, but even better a few of them actually bought a few items! One sale in particular seemed to be because the lady really like the painting, which really made me feel good.

The ladies had no more than left when my knitting group came by, and again I made a few sales. So it was pretty exciting!

Sue Allen from Clackamas County Arts Alliance next came out to help with publicity for the show and took pictures of all the artists to post in their Instagram and Facebook accounts. Pretty exciting! But also exciting, I met Sue Allen herself whose art I love!

Today a few more friends, knitters, and fellow artists came out, some doing the whole tour and some just to see a few favorites. I also sold a painting so a completely unrelated stranger… something who just liked the painting! SO EXCITING!

At my location there are three other great artist, so the camaraderie has been fun as well.

Customers have been very nice and quite talkative today. I’m going to think about maybe doing some smaller pieces, though there are drawbacks. Chickens are popular, but a theme about birds in general is something to consider.

Well, the Triple Crown excitement is over. California Chrome gave it his best, but he was outrun. I was hoping for a different result, but I wasn’t too surprised. The Triple Crown is a challenge of (literally) epic proportions.

I am a little disappointed with some of the un-classy comments I’ve been hearing. While I think there is a point about being disgruntled that “fresh” horses are allowed in the racing, that is the way it has always been. It’s a Grade I race with a large cash prize. The winner, regardless of Triple Crown or not, will go down in history. The stud fees of the winner will increase because the horse is a “classic” winner. Is everyone supposed to back off just to give another horse and owner a better shot? Doesn’t sound like a real sport then, does it?

As this year has proven, the thoroughbred industry has its faults. From everything to the breeding to the way racehorses are treated, there are problems. I really respect California Chrome’s owners because they have really done a great job showcasing what a responsible owner and committed team look like. I hope they don’t ruin it with bitterness.

Friday night after the show I went to Canemah. Upon arriving I thought I saw a bald eagle, but ended up changing my ID to a red-tailed hawk. Looking at the pictures, I’m less sure. 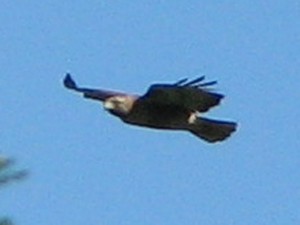 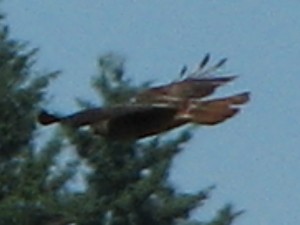 Anyone else got an ID?

1 thought on “A little news update”