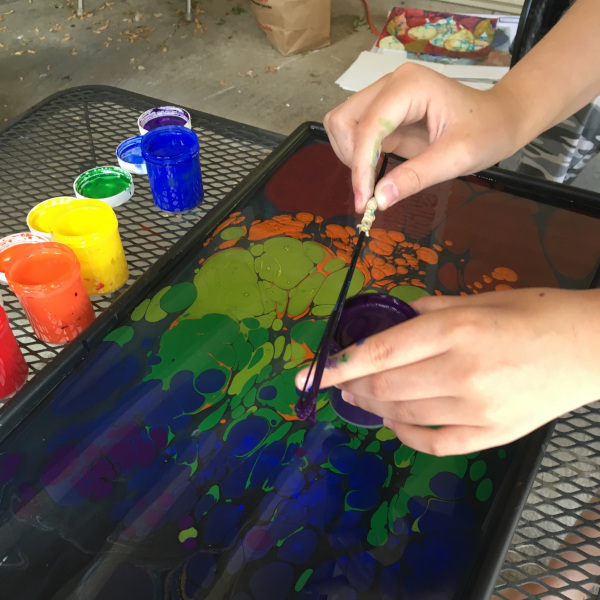 I suspected the 4th of July weekend might be a hard one for me, so I reached out to some friends and set up my marbling supplies. What could be better for the blue than flicking some paint!

After several attempts (other people have families… and lives… and such) I was able to convince friend Sharon Rackham King to abandon her family’s haying duties and come play with me.

This is the first time I have marbled outside of a class, so Sharon and I collaborated to figure out the best way to do things.

In the end, while our results were not terribly adventuresome (needed to bring in some ringers for that…) we were pretty pleased with the results!

The next day, I spent the morning doing color samples (possibly I’ll do a post about this later). Then, my friend Gretchen (also an artist, but not part of my usual watercolor crowd) brought  her parents, sister, nephew, and niece over for some marbling. I carefully showed the group “how” to marble and then stepped back to let them do their thing.

Here is the great thing about kids (possibly also the bad thing…); they don’t care “how” to do things. They just jumped in.

The niece (why am I so horrible with names?) carefully lined up a bunch of colors. As I nervously looked on, thinking about spills and proper procedure, she worked on created a gorgeous “rainbow” paper.

I would NEVER have thought of this.

Clearly not a retiring group, they read the directions in my little packet and decided to run home to collecting some T-shirts to continuing marbling on those.

They were thrilled with the results, though we all conceded that there were probably tricks we should investigate.

I mean to do more marbling on the 6th and 7th, but the 6th was devoted to another project and on the 7th I mostly rested. I still have some carrageen in the fridge and I’m hoping to do some more experiments before it goes bad. We’ll see if I make it! 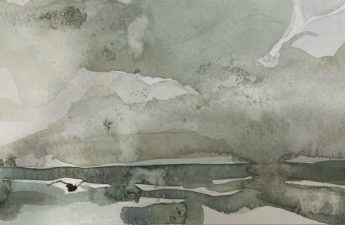 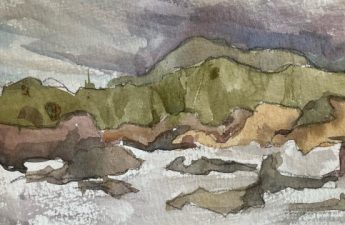