One of the charms of traveling, I suppose, is that you get to deal with the unexpected. You’re not in your nice little bubble. Okay. I’ll buy that. But is there way to convince the universe that I’ve had enough unexpected?

This morning I got up and did the first of the Hawai’i Island Festival of Bird walks I signed up for. This one was to “Pu’u Huluhulu” (Hairy Mountain).

The Kona side of the island is dry, but the Hilo side is considered wet. This hike was basically on the mountain that separates the two “sides” and it was foggy, misty, and generally very Oregon-like. 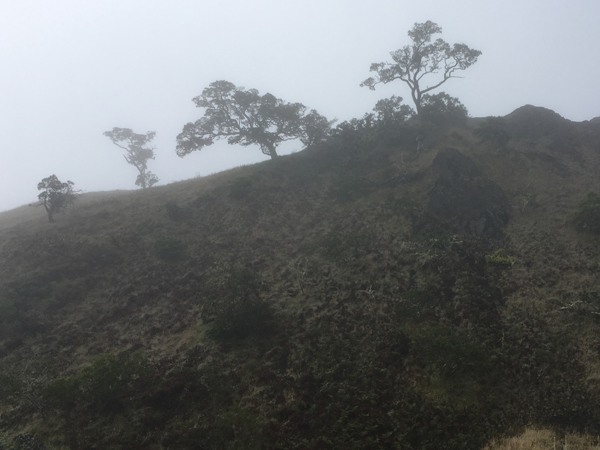 Fair enough, but I had only brought Hawaii gear… shorts and a T-shirt. So I was woefully under dressed for a brisk wind and rain.

Still, I gamely followed along up the mountain. 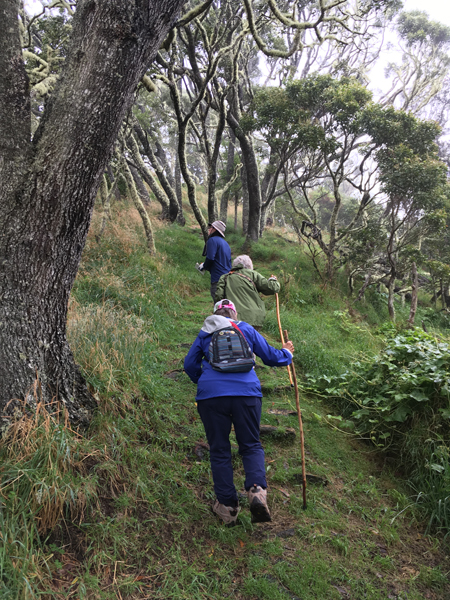 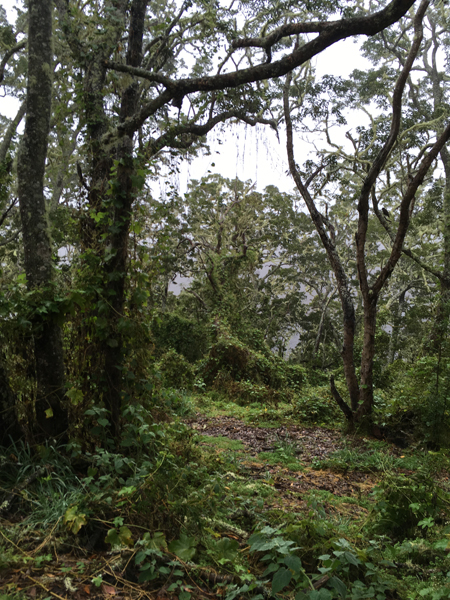 All told we saw 13 species, including a lovely dark-morph ‘Io (Hawaiian Hawk).

Thirteen species wasn’t a bad count, but I really wasn’t able to get a good look at the more endemic species such as “Apapane” and “Amakihi”. I heard them, but sighting was limited to little flyovers. The photos below are (alas) not mine and are FAR better than any glimpses I got.

The guides rattled off plant names, place names, and bird names in Hawaiian as I helplessly trudged behind, my knees (which I had been intending to rest on this trip) aching more and more.  I’m exaggerating a little, but the hike was a lot more vertical than I was expecting (though the length of one mile was just right).

After the hike I headed home, then took a snorkel down at Kahalu’u (here’s a link from the last time I was able to get pictures…)