Aside from the seriousness of the issues surround the Women’s March on Washington, this week has been quite entertaining as my Facebook feed has been flooded with clever signs and knitting.

Today was the actual day of the march, and as I’m still not feeling 100% (stupid pneumonia) I decided to attend the Salem march. I have heard estimates between 5,000 to 30,000. My guess would be closer to the 5K mark. The Portland event generated over 100,000 marchers. They are saying with over 2 million marches around the globe (on all 7 continents!) that this may be the largest activist event ever.

As I said this was my first protest/march and I was really struck by the people watching opportunities. There were old and young, women and men, LGBTQ and straight, canines and humans.

My favorite protesters, however, were three little girls and their sign. They danced and twirled with it and really didn’t seem to have a care in the world, they just enjoyed the moment. 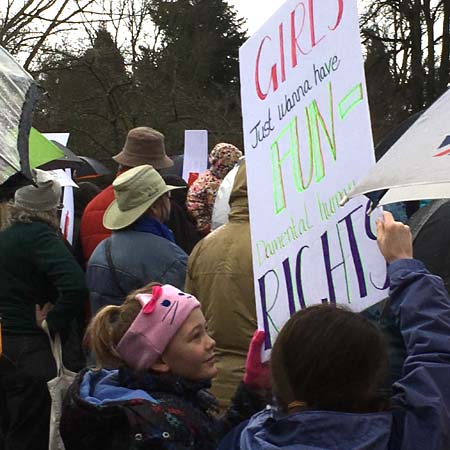 The adults were not too far behind. The mood seemed upbeat and peaceful. The police officers were on bikes, not in riot gear.

I even saw another woman there holding a sign about the The National Popular Vote bill! We exchanged numbers.

The weirdest moment of the day, however, was looking up at the capital’s Pioneer Man at a women’s march. 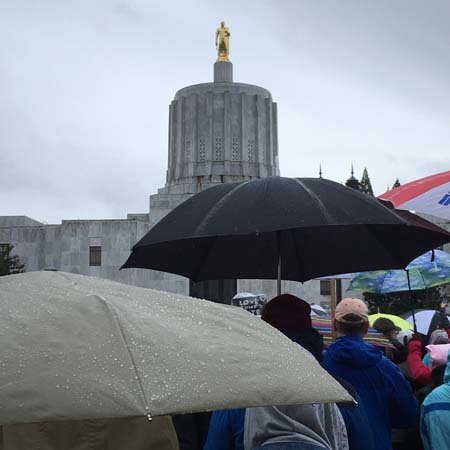