Sunday afternoon we went for a hike in Canemah. Over the summer, each time I visited this favorite spot, I noticed the silence.

In the spring it can be so loud with frogs calling and birds seeking mates, but as soon as the babies leave the nest, a dead silence takes over, broken only by the occasional rustle of dead grass. No one wants to present themself as a target for all the other apprentice hunters just leaving the nest.

The last few trips I have been noticing that the trees aren’t looking just parched, they are starting to loose a few leaves; it’s not clear if this is drought or season change, but something is just around the corner. 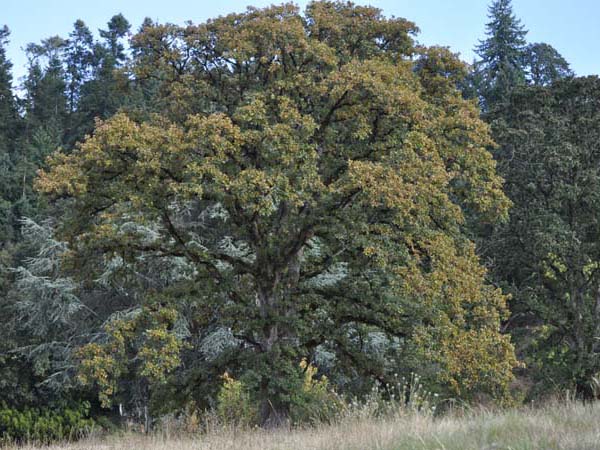 And then Friday it rained. A good, soaking rain. And life returns.

When I entered the park, the first thing I heard was a flock of bushtits. 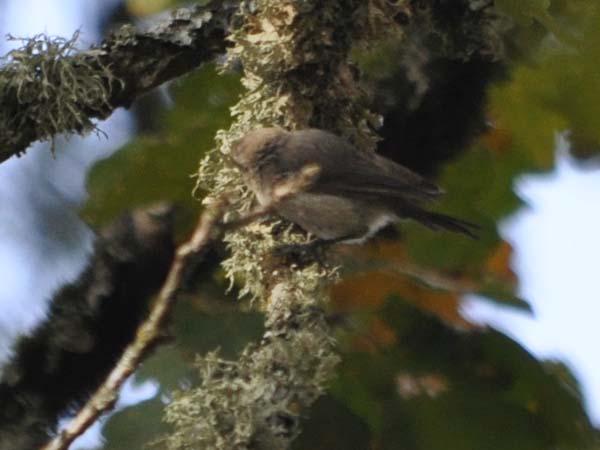 Then a new set of wildflowers appeared. 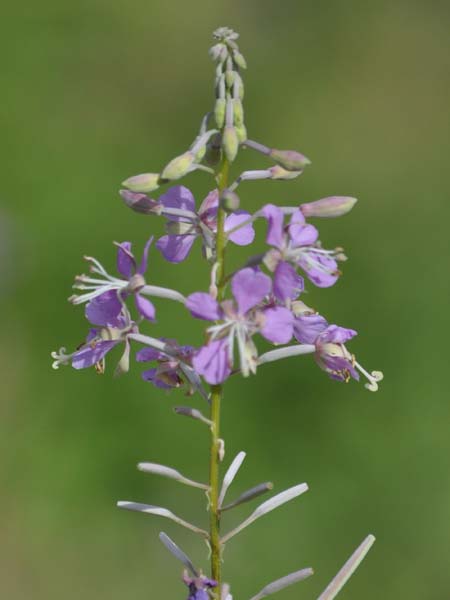 But my favorite moment was when a large flock of lbb’s (little brown birds) swept over me. If you are careful and listen, you can tell when this is going to happen; the trick is then to remain very still and enjoy it.

I heard them coming up on my left and I stopped and got out the camera. I heard them more than saw them, but then I started to see the branches moving. A twitch here, a leaf flutter there. Then the birds started to appear. 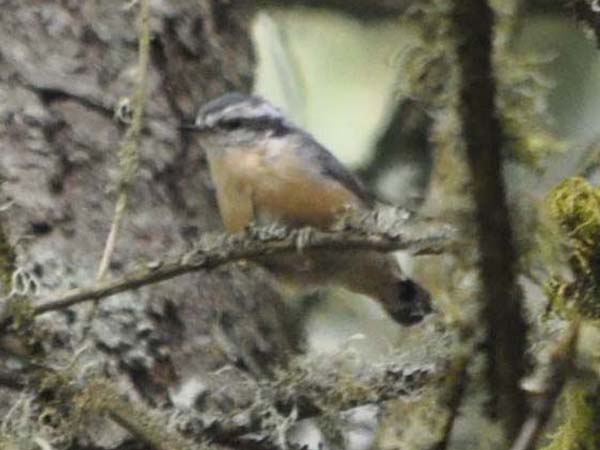 I first identified a nuthatch. 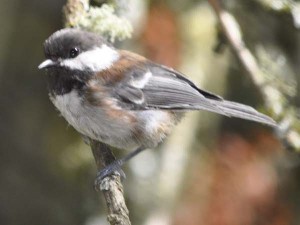 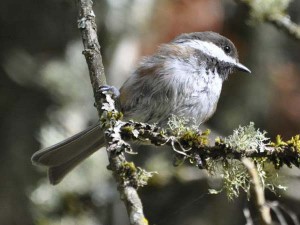 Then many chickadees joined the party, rushing from branch to branch in a noisy jamboree. I could see them search for bugs, but I also saw them chasing each other and generally having a good time.

Just as the chickadees were moving on, a brown creeper swept along behind. 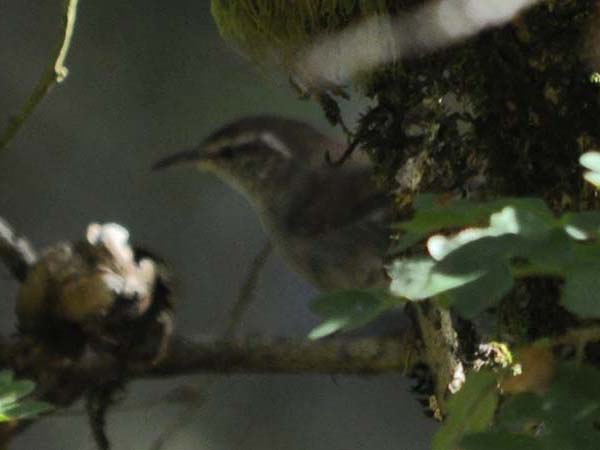 I don’t know why the different bird types flock together like this, except it must be for some kind of protection. As a group they are loud enough to attract attention, but because there are so many with so much movement, it would be hard to focus in on a target.

Or it just could be a party–fall has arrived!