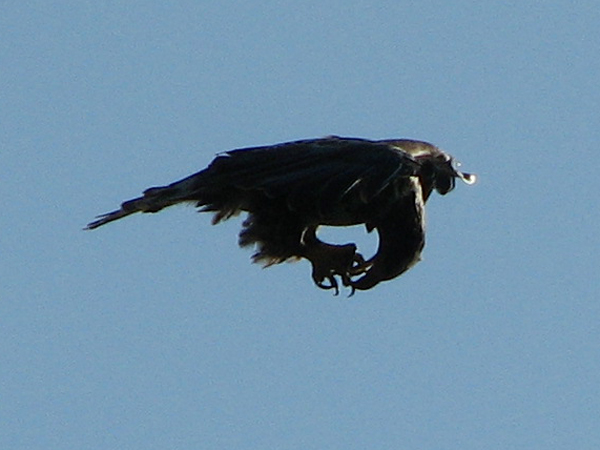 I almost stepped on a bald eagle today.

That was how I was going to start this post; but I have calmed down a little and decided to go with something closer to the truth.

So, after work today we headed down to Canemah. It looked to be a pretty average summer Canemah evening.

We were just getting into the flat area before leaving and a HUGE bird errupted out of the trees in of me. Because the trees were in the cliff area, it felt like the bird was flushing from under my feet!

It was an immature bald eagle. It lunged into the sky and flew a shaky circle, before landing in a nearby tree.

But that’s only half of the story! When it erruped, within seconds a whole crew of other raptors came out as well. I counted six vultures, two red tailed hawks, and the bald eagle. I also saw a Great Blue heron!

Then the ospreys who area nesting across the river started getting involved!

My suspicion is that there was something the raptors (not the ospreys) were feeding on and that I somehow arrived just as they finished. And here is my “proof”… also happening to be the coolest picture I think I’ve ever taken!