The last few days I’ve been thinking about angels. Not really the ones with wings, but the people who call, write, move things, take care, find resources, respect wishes, give hugs, and leave comments. Sometimes it feels so amazing that there are so many in my life and Mom’s.

Thank you, every one of you. I must have said thank you a hundred times in the last week, and every single one has been completely heartfelt. While my Thanksgiving did not involve turkey, I have rarely felt so grateful.

For now, Mom is out of the hospital (!!!!!) and staying with me. We are making some tentative steps in the direction of trying to get her all the way back to her home in Lincoln City, but it’s a long journey in many ways. But it is what she wants, so that is what I will do.

In the meantime, I’m back to work and I need to finally get this blog about the workshop out. So, here goes.

I had originally signed for this workshop up on a bit of a lark. My art friend, Ruth Armitage, published that she would be teaching a workshop at the Tubac School of Fine Art, LLC. When she posted the flyer, I noticed a piece by oft-admired artist, Peggy Judy. After a little bit of research in the costs of a flight and an AirBNB, I decided to enroll. 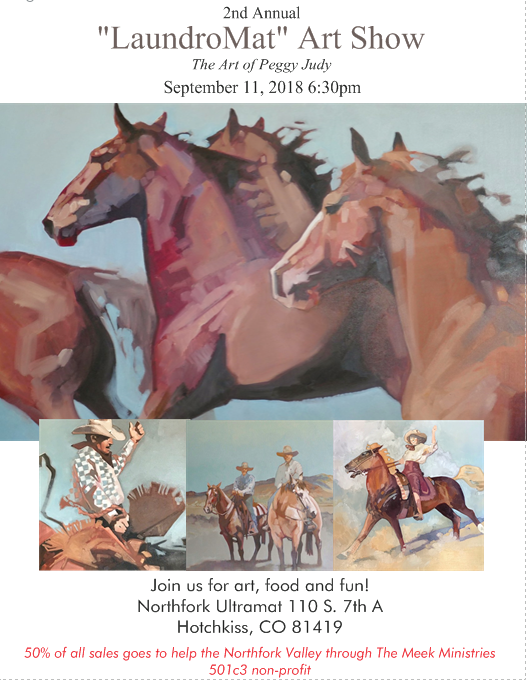 As you now know, at the last minute, it looked like I would not be able to attend. But after shifting (shoving) a few things around, I was able to wing my way down to Southern Arizona with an extra day for a little birding.

Tubac School of Fine Art was smaller than I expected, but VERY well stocked and laid out with charming hosts. I’d recommend the facilities and I’ll keep an eye for other workshops to take there.

The title of the workshop was, “See More. Paint Less & Strive for Better Composition.”

Before deciding to take the class, I had contacted Ms. Judy and asked if I could come as a watercolor painter. Peggy replied I could, so I packed up a few blocks of watercolor paper that would fit in my case, purchased the suggested colors (this may be another post sometime), loaded up some reference photos and paintbrushes. One item on the list perplexed me–acetate. I have recently been seeing oil paintings listed as being “on acetate”. I know artists sometimes use red acetate to judge tonal values. But I couldn’t imagine what it was for. Still, I decided to purchase some for my kit.

After a brief lecture to get the group familiar with her work and some of her concepts. Peggy told us to take out a reference piece (most people had come with 8.5″x11″ reference photos), put a piece of acetate over it, and paint on the acetate. In oil. For me, she set out a few basic oil colors, loaned me a brush, and told me to go to work. 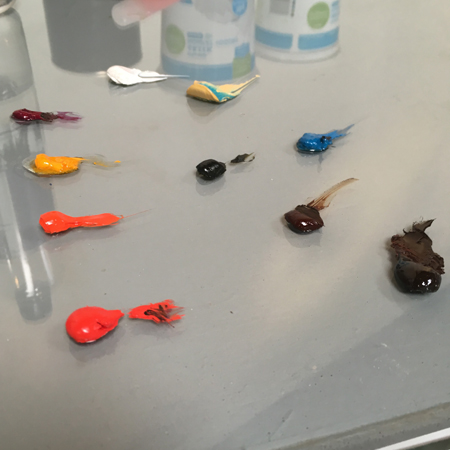 Ah… okay. So, I had come with small reference photos, so I tore a page out of my trusty notebook and went to work.

The acetate forces the artist to become loose. Judy implored us not to dab, to vary our brushstrokes, and to leave interesting edges.  She kept talking about painting the planes of the shape and not to try to make a painting. My brain started to hurt.

Naturally, being me, I couldn’t just do one piece, I had to experiment with several.

This one was ripped from my painterly paws at a very early stage that Peggy decreed was done.

I decided to try again with the bison. She suggested outlining him in red and then painting him in, letting the red become “an interesting part of the painting.”

After Peggy deemed the various artists were loosened up enough, we were allowed to get out a canvas and paint. I hadn’t brought a canvas, so I decided to try on watercolor.

Hmm. It was pretty hard to get the loose effect, so Peggy encouraged me to just paint oil on paper.

I still wasn’t satisfied. I was trying to impart the essence of this big bull that had lumbered down to drink on the National Bison Range. 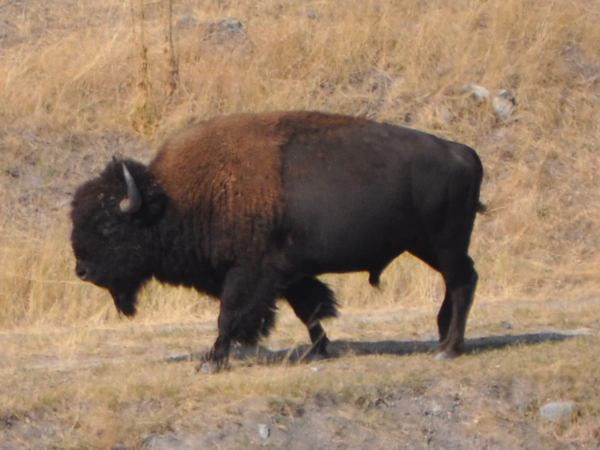 Oil does not dry quickly, so I put it aside to work on (yet another) painting.

Frankly, I was even less satisfied with this one. Thought I did like the red on his face…

After a night of sleep, I decided that I needed to spend a little more time on the concept of painting the planes of an object. So, as a gift for my AirBNB host, I sketched out his house and painted this on acetate as a thank you gift.

Even doing a landscape, this concept of planes was really difficult.

I fiddled around some and decided to work on this.

I got to this stage…

… and Peggy suggested bring out the camera and using it to see in black and white to determine values.

Ah ha! Too light all over.

Better. Now for the finishing touch…

I stopped there. I see some issues with my base drawing and the overall composition, but I like the “light” part.

At this point, most people had shifted to painting horses heads. Clearly, group think had set in.

I know what I would do to fix this in watercolor, but not in oil. Peggy told me that the concept of washes was available in oil, too, but I would need the paint to dry more. Fair enough.

I was also pretty frustrated with the medium. Everyone else was sliding paint right on their canvases, and it felt like I was spending all my time just getting paint ON the paper. We decided to gesso some paper for the next day.

Then, I messed around with this one to save it from being “traditional” (Peggy’s description.)

Once again I slept on it, and came in hopeful that my gessoed paper would improve the experience.

I also had pondered the situation and decided that for what I wanted to learn, I needed to pick simplier subject that I had already done some value work on.

I focused on the concept of outlining the start in a color, then smooshing the paint into it to make an interesting edge.

And the last of the day.

I would recommend Peggy Judy as an instructor. I had a good time and learned a lot. She is an exceptionally warm instructor who take a lot of care with her students. For me the only flaw was that I felt most of the students were not as “serious” as I was and were just there to make a pretty painting. Fair enough, but a little disheartening.

One more thing to ponder. Peggy said something in the beginning of the class: “If you are slow painter, you need to speed up. If you are a fast painter, you need to slow down.” She said she was a fast painter and she was always fighting the slow down battle. I completely empathize. It’s the first time I’ve heard another painter admit that. However, I’m still not sure how to do it!