In 2003, before I started painting (at least this time around) my family took a trip over the Steens Mountains.

My goal for this trip had one item–to see mustangs. And we were very lucky. We actually saw two different herds. We saw a band (from a distance) of the Kiger mustangs and then later we ran across a band of the South Steens herd (sometimes called the Hollywood pack because of how often they are photographed.)

We saw the Kiger herd briefly when we were driving up to Kiger Gorge lookout. It was early in the morning and we were the first cars on the road. The horses had come down for some early grazing, but the minute we entered the area, they were up and over the top of the next hill. 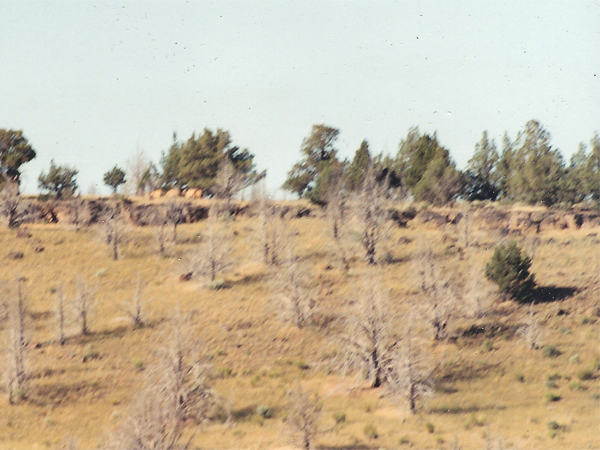 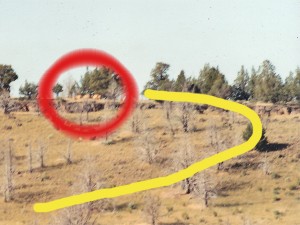 As you can see, the experience was brief and somewhat disappointing.

But later in the day we came across the South Steens herd, finding some shade under a tree.

When we stopped, I jumped out of the car and walked across the field to get a better shot. When I got closer, two of the horses separated from the herd and spent some time warning me off. I wasn’t interested in disturbing the herd, so I left when it was clear the herd wasn’t going to settle down again. 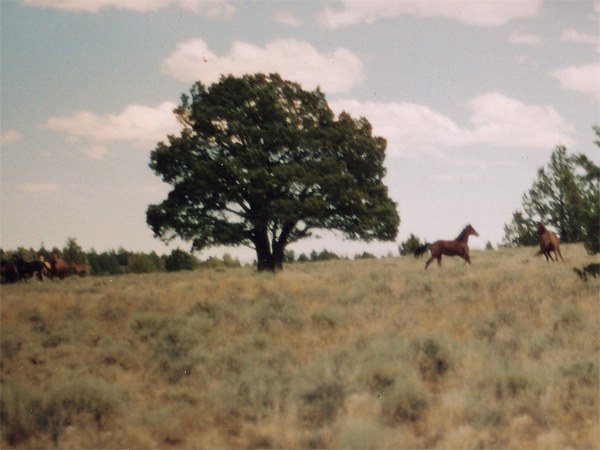 When I picked up the paintbrush in 2008, it wasn’t long before I tried my hand at a horse, and the memory of this trip is what I tried to capture.

This painting always gets comments when I have it in my booth, and is one of my first attempts at capturing a memory and a subject at the same time. Like yesterday’s offering, I am offering it at 20% off ($40). It comes with a mat, but no frame; the mat will fit into a standard 12″x16″ frame that should be easy to find. Contact me if you are interested.