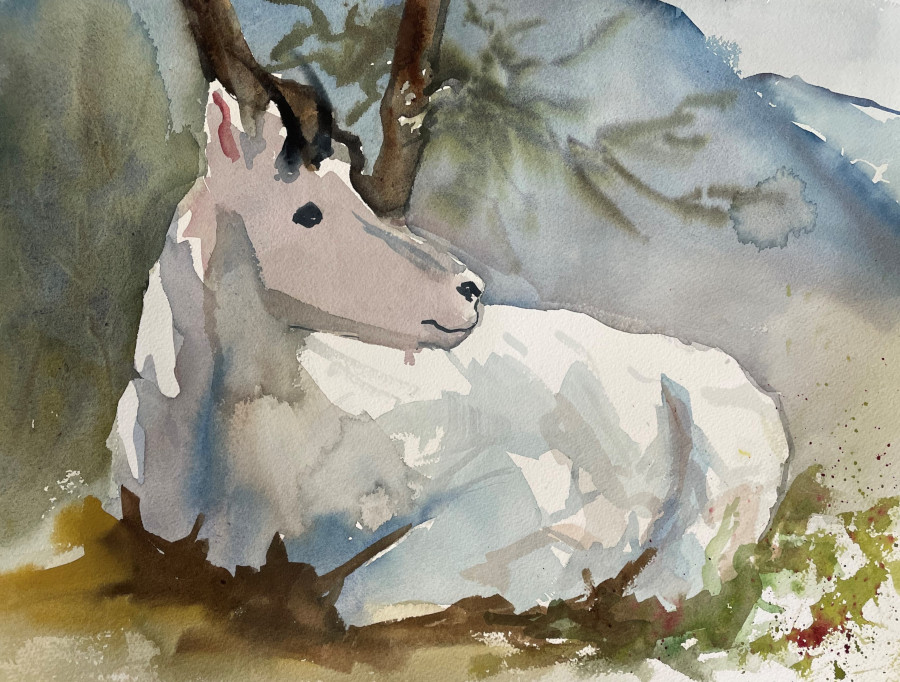 Desideratum: noun –  something wanted or needed

I am still working toward being (consistently) on the mend, but it is a goal that I have found elusive. One day I feel pretty good. I eat well, get in my steps, and feel pretty perky. The next, for no apparent reason, I’m tired and wheezy. Everything is a struggle. I’m not noticing any patterns, and I’m feeling pretty emotional about the whole thing today. As such, I am glad I have some painting to show you.

My friend, Sandra Pearce, joined me down at the beach house and we went out plein air painting. Or at least, that was the plan. After weeks of hot, still, dry weather, Saturday decided to be windy, rainy, and cold. Sandra and I went around to some great spots, but in the only place we set up, it started raining within minutes. Both of us had a sketch to work from, though, so we returned to the house to warm up, paint, eat lunch, and generally discuss life.

While Friday I had been feeling pretty good, Saturday I was feeling puny (as my grandma used to say.) Though I feel worse today, I can see my lack of vigor in my paintings.

After working on the two paintings above, I moved to more abstracted landscapes.

Finally, I decided to work on a reference photo using a technique I had recently seen on a video. 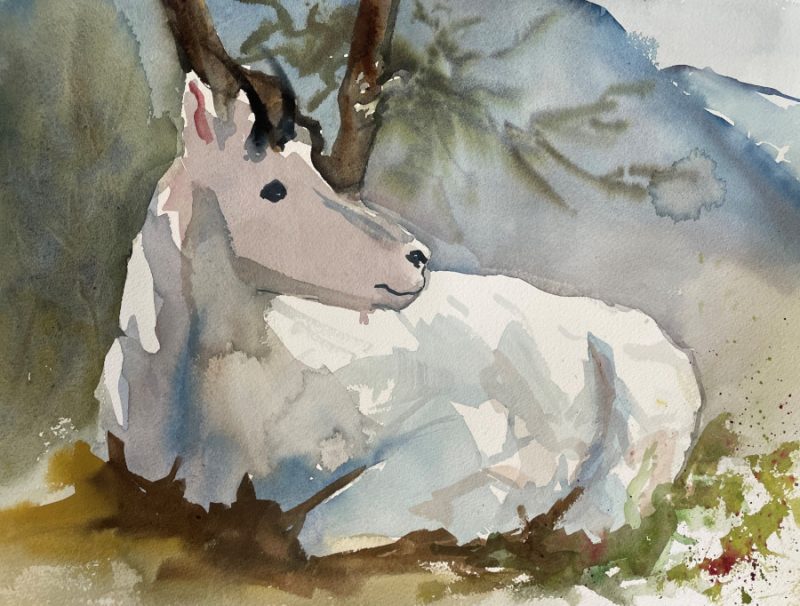 While it’s not terrible, it’s just so obvious that I wasn’t feeling it.

Sandra and I decided to skip dinner, mostly because I was so obviously not into it. But it was a great day for me, even though I wasn’t feeling superlative. I always enjoy spending time with Sandra.

Other than all of the above, the other thing of note is that I accomplished my July editing goal on one of the books I have written for NaNoWriMo. I’ve set up a similar goal for August, so maybe at the end, there will be a working, coherent draft!