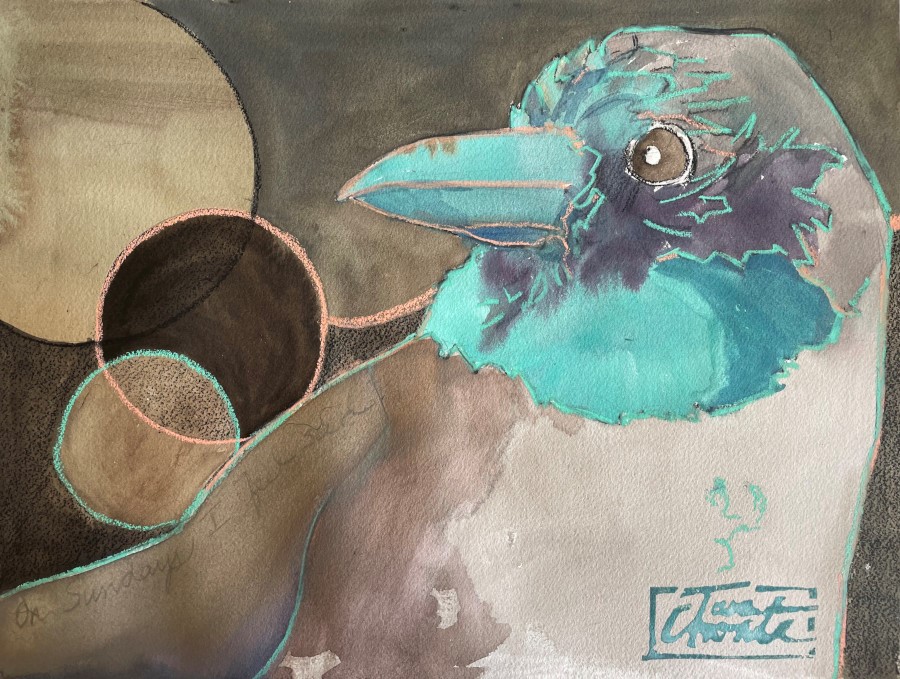 This week was dominated by my mood, which was odious. I was at turns sad, cranky, lonely, swamped, sore, itchy, and generally irritable. For some unknown reason, that resulted in a need to get a slice of three-week-delayed birthday cake. Cake crisis solved, I can’t say my mood improved that much. Sleeping in, birdwatching, and catching up on chores around the house further adjusted my temper, and I am thrilled to report my mood has improved.

Friday I had to run a bunch of errands, and Saturday morning was spent on chores. I finished up and found myself with an awkward amount of time between errands and dog training class (agility is back!) So I set the timer so I wouldn’t forget to leave and sat down to make a chop.

In art, the word ‘chop’ is used to refer the signature seal or stamp made by an artist certifying the authenticity of the work. The seals are usually made in the shape of circle, oval and square. The surface of the impression would be carved to make marks in either red (positive) or white (negative) color.

A few years ago (looking at the blog post its been six years!) I went to a WSO conference and we learned to make a chop using simple carving tools and a rectangular eraser. The instructor had prepared a variety of Chinese characters for transfer and I had a great time putting together signs for horse, water, and earth. The problem, though, is I’m not Chinese; the idea of using these creations as my signature felt phony. I like my signature, but I tend to have trouble repeating it. Additionally, I have never been able to get the hang of signing with a brush, and so I still rely on a pencil for most of my signing needs. Having a replicatable “signature” element would be nice. So, I sat down at the computer and scanned my signature, then flipped it to create the stamp. I transferred it to the block and started carving on a speedy block. Unfortunately, my skill as a carver was not all that I hoped. What I had envisioned was a smooth and sophisticated rendering of my signature with a border around it that was interupted by the more vibrant strokes. What I got was…

The upper middle one isn’t terrible, but I don’t think I’ll use it for much. I haven’t decided whether to get another block and try again, or give it up as an idea.

From there, after dog agility, I sat down and worked on finishing this piece.

You can see I used one of the chops. This piece may not be done, but I need to look at it for a while.

Then I sat down and started on this piece, which has been in my head for a few weeks.

This still needs some adjustment on the darks, so it’s not finished. And this photo still has a little “shine” on it around the eyes. In short, it needs a few tweaks; however, It may get more than just a few adjustments. I deliberately used 300lb paper for this piece. It’s like painting on cardboard. In short, there is a LOT that can still be done to this piece before the paper gives up.

I had some really pretty colors on my palette, so I decided to do a small piece to use some of them up.

I used the chop again here, and I like it. I think the chest area of the bird will be adjusted before I’m finished.

That’s all the news that’s fit to print around here. Spring is definitely in the air. Key approves! 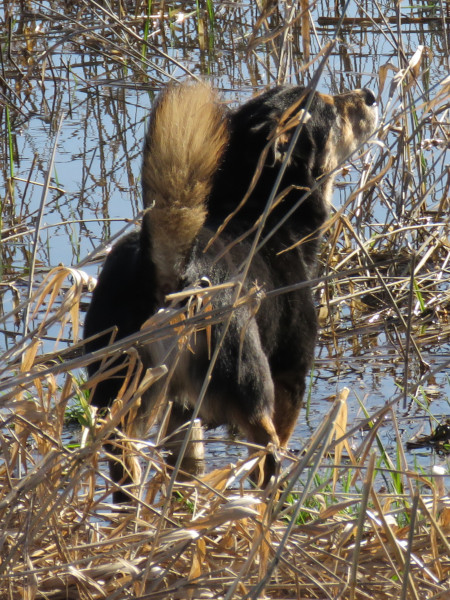