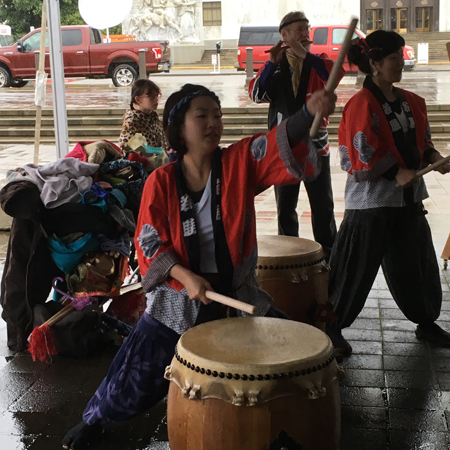 Since starting this blog a little over three years ago, one of the challenges has been creating good blog posts. Data has shown that readers like my art posts, but I’ve had good results with well-written essays about a variety of topics.

Then there are days like today when I have a bunch of tiny little updates. I want to capture them, because I think they are significant; however, they don’t lend themselves to a cohesive theme.

Stephanie Pearl-McPhee (aka The Yarn Harlot) calls this kind of blog post “Random”; I’ll use “Collage” for more artist theme.

Recently I finished The Big Thing: How to Complete Your Creative Project Even if You’re a Lazy, Self-Doubting Procrastinator Like Me. I am not necessarily recommending it, but it does emphasize that a little big of work done regularly adds up over time.

This is something that resonated with me. I have a lot of things in my life, some bigger than others. As friend and fellow painter Margaret Godfrey said to me, “Tara, the last thing you need is ANOTHER hobby.” It’s just that the world is such a big, interesting place. It’s hard not to get distracted.

Still, I am not making progress on two areas of my life that are important: living more healthily (aka losing weight) and painting.

So last week I sat down with a list of all the things I had done the week before and make a schedule to work on each one a little bit so that when Sunday night rolls around, I’m not frantic and stressed.

It’s now the first Sunday night after starting this regime and while it feels odd not to be running around, worrying about Monday, it’s also nice to look back on the week and realize it’s all been covered. There are some sacrifices (I am only promising one blog post a week), but I’m hoping the overall quality of life and body of work will increase.

Speaking of art, I’m trying to move forward a little. In the fall I signed up for a “Color” class from Vinita Pappas and never finished it. Additionally, I signed up for her next session on increasing creativity and have not even started it. So today I sat down and finished lesson 2 of the fall color class.

It’s a simple watercolor of some squash I still have (I must eat that…) with ink detail added.

Over the next week I will be trying to catch up by doing a yellow and a blue journal (similar to my red one.) Also, I need to do a still life. i have my assignments!

Saturday was Cherry Blossom Day; unfortunately, the weather did not cooperate to encourage big attendance. The cherry trees gave it their best shot, but they just couldn’t break through the cold and rain to come out. (Naturally, Sunday was sunny and gorgeous and the blossoms are out now).

As I mentioned, I painted a parasol for this event, so I was very excited to attend. I braved the rain and wind to go out and see the Taiko Drumming…

… participate in Gyotaku (the traditional Japanese method of printing fish)… 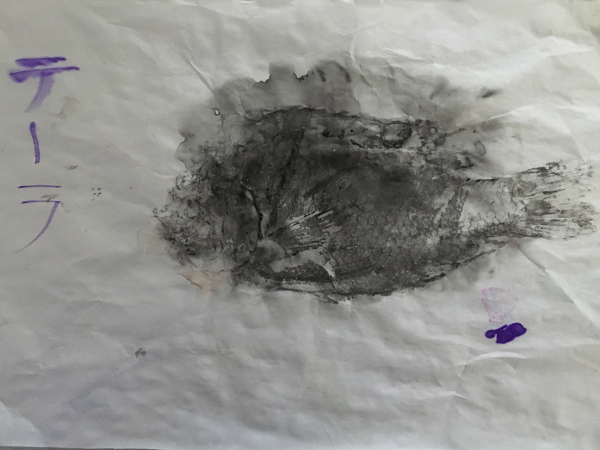 … take a tour up to the upper deck of the capitol building (where the Pioneer Man sits); however, this was cancelled due to the poor weather, so I settled for a tour of the capitol grounds which are actually a State Park (thus the tour was with a State Ranger!)

The end of the day was finalized with more Taiko Drumming on the steps of the capitol building (the weather finally broke long enough.) 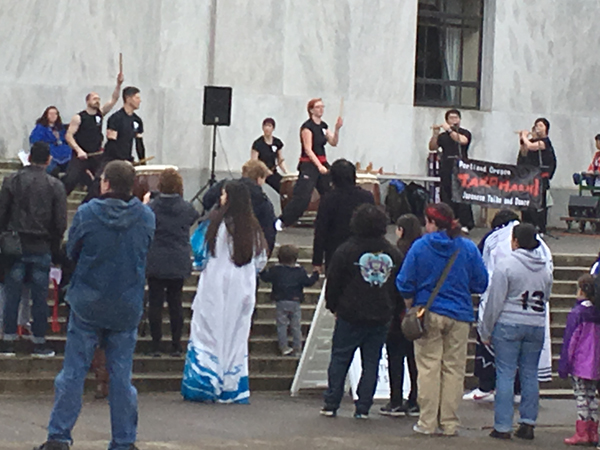 As I occasionally have to remind myself, life is not a book with a beginning, middle, and end that resolves all the plot elements, But my pets have always been important markers in my life–chapters if you will.

While I’m delighted to report that Key is doing well, the other members of my household seem to be going downhill quickly. These chapters, I fear, will be ending soon.

For the last couple of years, Bob has been looking quite thin. Last summer I took him to the vet and the vet confirmed renal failure (very common among older cats.) We tried do some maintenance measures, but the trauma was so intense and damaging on our relationship that I told the vet I was more comfortable just enjoying him while I had him. The vet agreed and said I could expect anywhere from two months to a year. 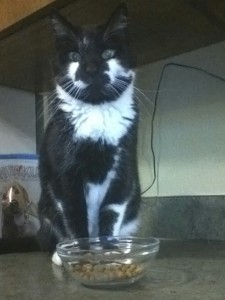 It’s been about nine months now and while Bob’s appetite is still (somewhat) there, his coat is looking worse than ever and he seems cold all the time. He’s very cranky and tolerates even less than he used to (which was never much).

Looking at pictures of Finn over the last few years has been hard. I remember him like this.

Lately my mom and I have been talking a lot about the end. Just about when I decide it’s time, he has a good day. And then a few days later it’s back to bad days.

For a while now his walks have been very limited, but lately he’s struggling with incontinence. Also, he’s toppled over a few times on walks. Today was the first time i saw it happen; it was like his back legs had a seizure and just stopped working. He’s mostly blind and deaf and suffers from a form of doggie dementia that mimics “Sundowners” — he just paces most of the evening.

The picture above is from today and he was rolling around on the grass enjoying the sunshine. He still enjoys food and he loves the idea of walks.

It’s hard to judge. I’ve been reading a lot of sites about how to know if it’s time to let your pet go lately; many of them offer this quote; “It’s better to be a week too early than a minute too late.”

1 thought on “A collage of thoughts”