Today I spent the largest part of the day running errands, mostly involving art. And when I dropped off the painting to go to Medford, it was a little like seeing a a child go off to the first day of kingergarten. Here’s hoping that nothing goes wrong and it gets in (occasionally something breaks or there is some other kind of problem and a painting is held back from the show.) Fingers (and toes) crossed. 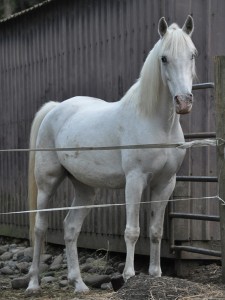 After dealing with the must dos of the day, I headed out to SEO to play with the horses. I hadn’t realized how long it had been since I had been out there until I noticed how many of the horses were new. I played with an absolutely adorable new arrival named Jesse and cuddled a little with my favorite long term resident Fritz (why hasn’t he been adopted? He’s wonderful! 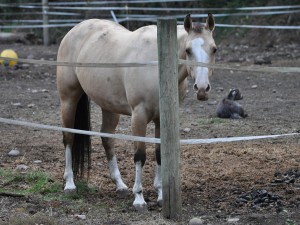 I also admired a new addition to the barn… Tumbleweed. You can see her, sitting in the paddock behind one of the owner’s horses, Chevy.

It’s finally cool enough that Finn can ride around with me on errands, and on our way home I decided to stop at a new area and explore. It’s marked as a nature area under restoration, but there was a trail and no “No Tresspassing” signs, so Finn and I headed off. 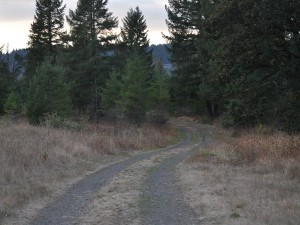 We saw a red tailed hawk and rabbits (it wouldn’t surprise me if they had something to do with each other…) as well as heard a variety of birds including a spotted towhee.

But the real star of the show was the sky. It was just turning into dusk and the sky went from overcast, to sunlit, to blazing during our hike.

I got home and did do some painting. I have been working on this painting of the duck family I saw earlier in the month during the Hillsboro Plein Air Plus.

I’m happy with how it is progressing, but I’m also tired, so I cheated a little. I just a little extra background and whipped off this painting for my “painting of the day.”

Speaking of Hillsboro, I hope you have marked your calendars to attend the opening of the exhibit! 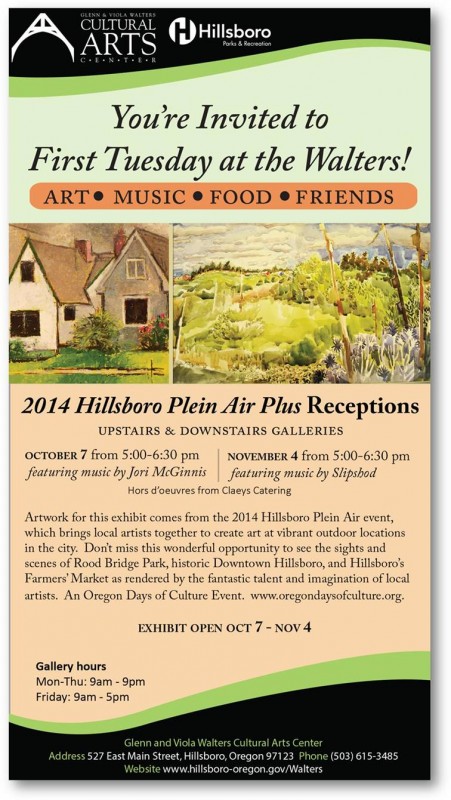 And tomorrow is OFFF!