As the headline in USA Today read: 10 days, 20 orders. Of course, today is day 12 (yes, I’m behind the times) but so far I’ve already been to a protest, written two letters to the editor and 20 to my representatives, and broken down at work in tears.

Obviously, this can’t go on.

In my circle there has been a lot of talk about an action plan. I’m going to share mine. I’m not going to publicize this post, but this will be a support document for me.

Mr. Trump and his team have lead a world-class, Machiavelli-worthy press scheme that keeps the media focused on the trivial. I’m not going to engage anymore.

Take it down to its roots

When something posts with an abuse, don’t engage it as a problem with Mr. Trump. Look at the reason it can happen and engage with that.

Here’s a few examples from the first few days.

A Marathon (Not a Sprint)

Baring incident, we will have four years of this. 1448 days and counting. In addition, we can look forward to whatever the national election has in store for us starting (probably) in just a couple of years (if not sooner.)

Monday I had a break down (tears and three hours ranting (in my head) “YOU LITTLE F***ER”) that precipitated this letter to the editor and various representatives.

Today a colleague came up to me and told me that he had received a list-server email that the portion of the Geospatial Information and Geographic Information Systems (GIS) that holds information about where unfair housing practices happen would not be updated or supported because there would be no more funding for it.

Housing–affordable, safe housing–is precious and increasingly scarce. To start taking apart a system that monitors where housing abuses are happening seems like the start of something much more sinister.

Why has this not been announced to the public? Why have we not been given information about how cutting this support will save “X” dollars that will go toward “Y”.

The Federal Government is NOT a privately held company. It’s a SYSTEM held by approximately 318.9 million people.

I want to KNOW, I want to be TOLD, what is being cut and why. The cost benefit ratio on this decision may be justifiable. but I’d like to fact check it and make my own decisions.

The sentiment is spot on, but I simply cannot allow myself to get this worked up each time something awful happens.

While I hate the term “process” (used in just about any context, but here used as in “give yourself time to process”) I do think I need to find a way to allow myself to process, voice, and ponder the current situation. I’m not sure what that looks like, but I’m going to put it on my agenda.

And I think NPR, except for Wait, Wait, Don’t Tell Me may be out for the duration. I just can’t handle it.

This action item needs a lot of work. But I think it’s important and needs to be a priority.

Among the more important things, I believe, will be to find the funnier side of this situation.

About day seven there was an Executive Order blocking various agencies, including the Park Service, from posting various facts about climate change. In response, a rogue group formed: “Alt National Park Service,” which has a Twitter and Facebook page, There posts have basically been about the parks, but they  have also put up a lot of humorous and spot on items, such as… 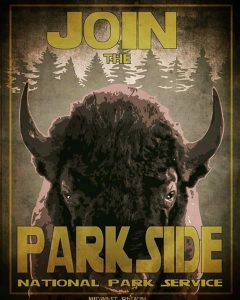 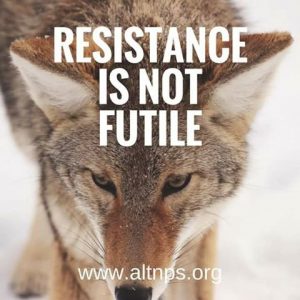 This is a community I can get behind!

Then tonight I saw that John Stewart went on The Daily Show with this skit (video below with final fake order below.)

I, Donald J. Trump, am exhausting. It has been 11 days, Stephen. 11 [expletive] days. Eleven. The presidency is supposed to age the president, not the public.

The reason that I, Donald J. Trump, am exhausting is that every instinct and fiber of my pathological self-regard calls me to abuse of power. I want — no, deserve — not just your respect but your adoration. Parades with the tanks and the synchronized dancing, and why can’t they train 10,000 doves to spell out “Trump” in the clouds? How hard can it be? They’re already flying.

I, Donald J. Trump, am exhausting because it is going to take relentless stamina, vigilance and every institutional check and balance this great country can muster to keep me, Donald J. Trump, from going full Palpatine, with the lightning coming out of the fingertips and “fear leads to anger, anger leads to hate.”

We have never faced this before. Purposeful, vindictive chaos. But perhaps therein lies the saving grace of my, Donald J. Trump’s, presidency.

No one action will be adequate. All actions will be necessary. And if we do not allow Donald Trump to exhaust our fight and somehow come through this presidency calamity-less and constitutionally partially intact, then I, Donald J. Trump, will have demonstrated the greatness of America. Just not the way I thought I was gonna.

A thought to keep in mind for the remaining 1448 days. And counting. Really counting.