After the excitement of the show this weekend (the last day was a great cap to an awesome weekend) I took an extra day off to do exciting things like laundry, grocery shopping, etc. 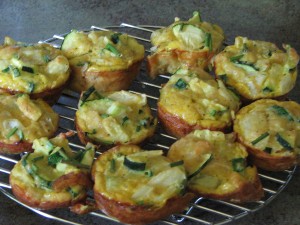 At the farmer’s market on Saturday I had bought a zucchini in hopes of making a Weight Watcher’s recipe that had been featured a couple weeks ago.

This desire to bake something is unexpected. The motto in our family is more along the lines of “When it’s smokin’ it’s cookin’, when it’s black it’s done” or “The fire alarm is the dinner bell.”  If I was to appear on a Cooking Channel program, it would probably be Worst Cooks in America rather than Chopped. Still, something about this recipe appealed to me.

I remember the first time I had quiche; it was at my friend Anna’s house and I didn’t know what it was. It took a lot to talk me into it.

So what inspired this desire to make a zucchini quiche? Got me.

And it was good. My only comment is that when they tell you to chop the zucchini fine, they mean a lot finer than I did! Didn’t effect the taste though.

I also took Finn for a hike. We saw a robin fighting to kill a little snake. It was gruesome, but a little funny because the snake was so big the robin couldn’t fly off with it as we approached. He kept dragging it down the path. I was glad when we turned so the robin could rest! 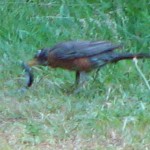 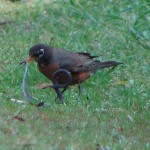 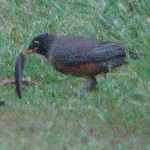 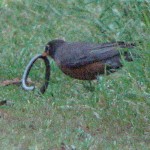 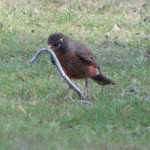 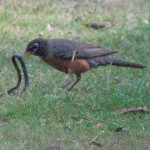 Not too many flowers are blooming now, but there are still a few beauties. 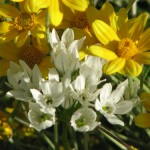 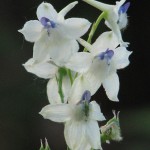