I apologize for my “radio silence” of the last few days. I arrived here in Lexington with everything I needed except for one key ingredient… the plug to my laptop. When I noticed this, I asked my Mom to ship it here, planning to use the battery sparingly until it got here. This plan would have worked beautifully… if I could have remembered to turn OFF the computer to save my battery.

At any rate, you now know. When I got the cord today, I had a grand plan to write a bunch of posts to catch everyone up fully. But it’s taken me three hours to download my photos (be afraid…) and, well, I’m getting tired and still have to paint tomorrow.

Rest assured, I am having a GRAND time and, indeed, Lexington is proving to be horse-a-palooza. I have many stories about exciting things, but the coolest (and the one I alluded to on my limited facebook access) was that today I got to go out ON the racetrack with the official track photographer and photograph a race! So totally cool. They are going to put my pics on a disk and give them to me. Is that not the most freakin’ awesome thing, like, ever!

Arrival – 8 am (before opening) 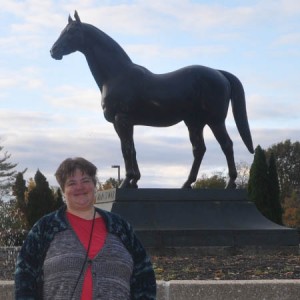 Me and Man O’War (the statue…)

I arrived at KHP at 8am because that is what time the website said the Hagland Midsouth Three-Day Event and Team Challenge started. And the park wasn’t open. I walked around admiring some statuary (it really is awesome, but I won’t show you ALL of it) before I decided to sneak in and just start searching.

No one stopped me (or really was anything but super nice and helpful) and before long I came across some horses all outfitted for competition. So… I followed them. 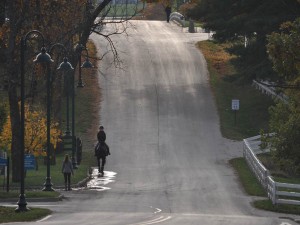 In the interests of time (I may have to come back to this subject of the Three Day Event later) let me just say that it was a really great event.

This event was some sort of team challenge and a few of the teams really got into it. Case in point: one of the more sedate team costumes. 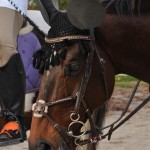 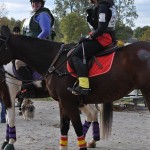 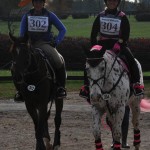 ..with Goofy and Minnie.

Of course, some teams were pretty average with just matching tops or saddle clothes. Still, I saw runaway brides, ghosts, and a great variety of team T-shirts.

It was a pretty serious event, though. After watching the show jumping for a while, I walked the cross country event (probably a couple of miles through the countryside.) While I was watching they were running Open Novice and those jumps looked pretty big to me (even though they assured me the jumps hardly got smaller (only one level was lower)). Most of the people were adults of various ages and sizes, but there were a few teenagers. The youngest person I saw, as always, seemed to display the most class and sportsmanship. I hope whoever has her appreciates her (and her pony.) 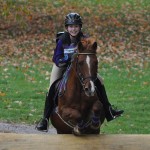 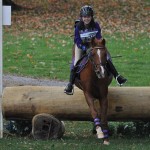 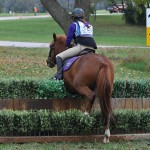 The pony got stuck on the second jump in the combo… 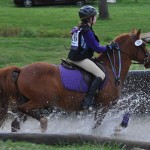 … and got a refusal. 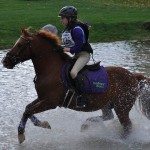 But this awesome team regrouped… 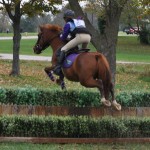 I have hundreds (almost two full memory cards) of reference photos to go through later, but I am SO glad I snuck in to see this.

Back in the Park

By this time it was past noon, so I grabbed a bit to eat and went back to the main entrance to pay for entry and tour the park properly.

I made it to the 1:15 Hall of Champions showing. Funny Cide is one of the reasons I didn’t want to miss this, and he was in the show; however, he proved to be a rather moody attraction. The other residents proved charming. 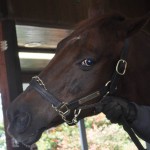 Funny Cide: Seriously, this was a good face. 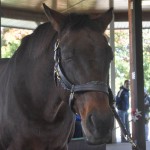 Da Hoss: I really fell for him. They said he would be a lap horse if he could be. 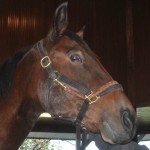 Mr. Muscleman: A standardbred with an impresive reputation! 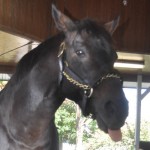 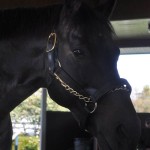 From there I admired more statues, the Horses of the World exhibit, the “Big Barn”, the retired police horses, and the horse museums (the American Saddlebred Museum was particularly good.) I concluded my day by taking a horse-drawn trolly ride. 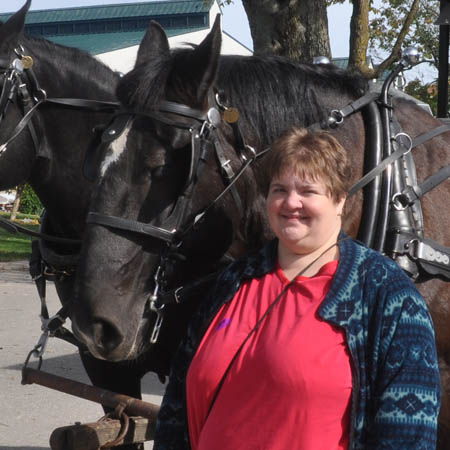 It was an EXCELLENT day! Tomorrow I will do my best to catch you up on Keeneland and the class, but it’s bedtime now!