I went down this weekend to see my mom for Mother’s day. We had a great time. We watched birds, went out to lunch, and did an open studios tour around Lincoln City called “Art on the Edge.” It was a great weekend. 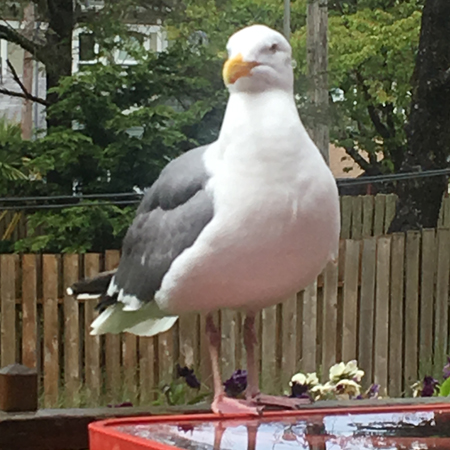 This seagull came down to the patio of our lunch restaurant and watched us through the window.

I ended up doing quite of bit of bird watching without Mom because I had to walk the dog.  On the Siletz I came across a pack of herons looking to feed the young back at the rookery (you could hear the babies, but not see the nests.) A flock of cormorants was also coming by. 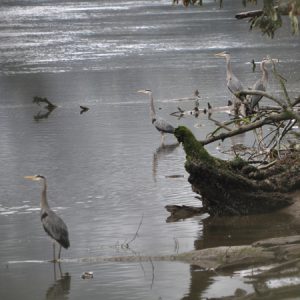 Four herons hoping to catch fish for the nestlings. 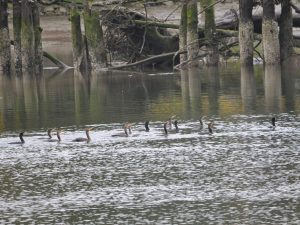 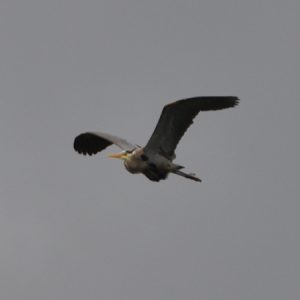 Herons were a never-ending stream above me, going back and forth to the nests. 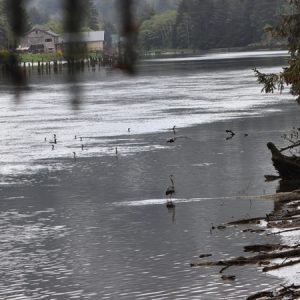 Looking up the Siletz you can see the cormorants and the herons.

I also saw band tailed pigeons, what i think is an orange crowned warbler, several song sparrows, a mallard with babies, and a pair of cedar waxwings. 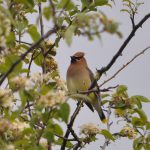 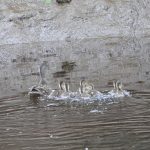 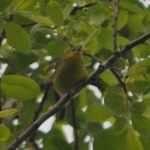 I think this picture of a song sparrow in the mud of the brown Siletz might have some potential as a painting, just for interesting color of the water. 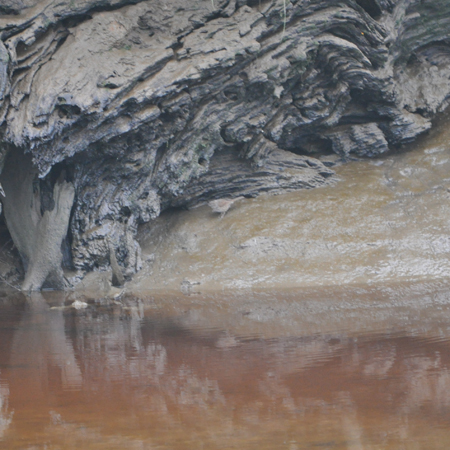 On the way back home on Sunday, I stopped at Basket Slough to see what there was to see. I lucked out and saw a pair of Black-necked Stilts, a bird not even in my much-loved “Birds of the Willamette Valley” book. 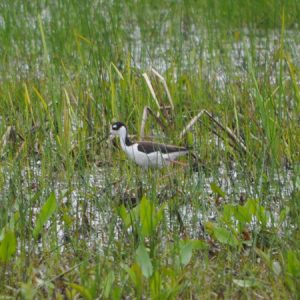 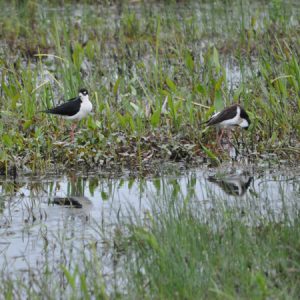 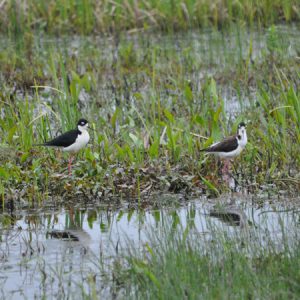 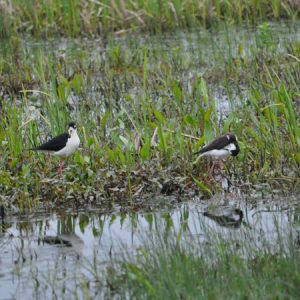 In total, I added five species to my list to make 104 species for the year.

I’ll leave you with this short video of a bird walk at nearby Fairview Wetlands I took on stormy Thursday. I don’t know which is more amazing… the swallows or the rainbow!