I am sure I am not the only person who finds all sorts of fun things to do on Facebook and has a hard time following up on them. For a while now, I have wanted to take one of the monthly “walks” guided by the Native Plant Society of Oregon. Today that finally worked out for me and I went out to St. Helens to a little park called Nob Hill.

I wish I would have asked for a plant list, though I did pick up a nifty pamphlet by Metro I hadn’t seen before. With this pamphlet I hope to put formal names to some of the flowers I see around Canemah regularly.

On this hike, however, we saw white fawn lily (Erythronium oregonum), trillium, camas, strawberries, several types of ferns, ninebark, and lots of other things that unfortunately I am now having trouble remembering… 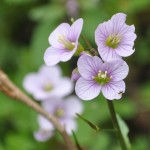 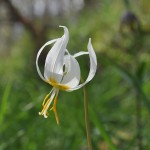 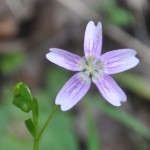 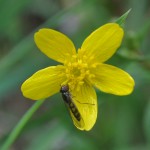 There was some argument over this. I think it’s mallow root. 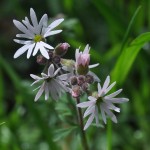 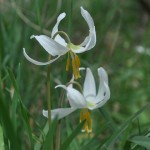 But the most exciting thing was seeing, for the first time, checker lilies (Fritillaria affinis). 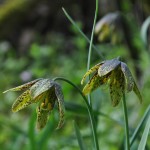 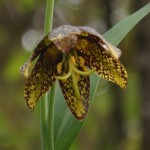 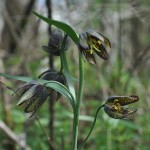 Of course, after this reports of seeing the first osprey of the year completely pale. I also saw a cute little ruby crowned kinglet. But the checker lily was the most exotic.

At home in Canemah, Great Horned Owl let  me see him three times this week (with the time change I’ve been able to go after work; as it’s getting dark, he’s calling so I can find him easier). Vultures have returned and trillium are in bloom. The rain this week helped with the drought, but it’s going to be a tough summer for the frogs. 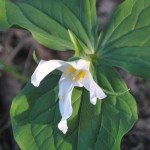 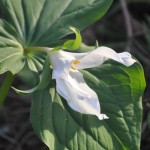 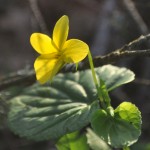 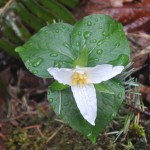 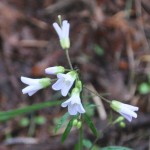 And I guess that’s all the news that’s fit to print about today!