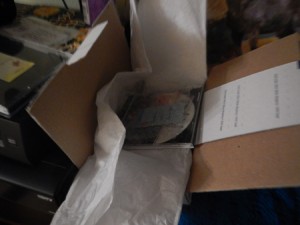 Tonight was my painting night, but I was really tired, so instead of tackling my mountain of works in progress, I decided to watch two videos I rented from the Watercolor Society of Oregon library.

I am a rather “loose” painter and I have really liked some of the effects I’ve seen on YUPO® (a synthetic paper.

The first title, in spite of its name, was really a basic class on using YUPO®, It was excellent and inspiring, though I need to get a few tools to do some more work.

While watching it, I pulled out my YUPO® and did the following starts. 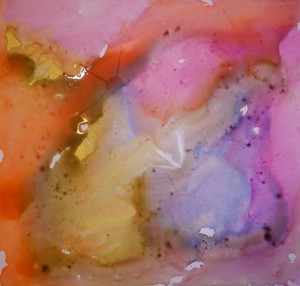 I also dragged out an old ice painting start from back in February. 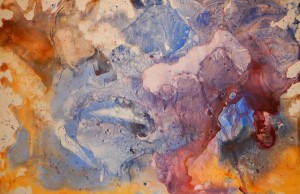 After finishing the first title, I started on the second. I only made it through about an hour, but I’m at once inspired a little scared. It’s like taking your first driving lesson from a regular car instructor, then five minutes later getting beside the wheel with Mario Andretti!

I’ll try to finish the second video tomorrow and then do some more work this weekend. I think doing some small painting might be a great summer project…