This has been a busy weekend and I’m tired now.

So Saturday was a full-on day. I had to wake up early and head to the Farmer’s Market to grab supplies for the week, then went to Grapevine Gallery to pick up “Milky Way Fisherman” from the Open Studios of Beavercreek show. But 9:30 I was headed to downtown Portland to join the Urban Sketchers of Portland in Director’s Park.

The idea of the Urban Sketchers group is that a group of people get together in interesting locations around Portland to do sketching, plein air, or whatever other kind of “immediate” art strikes the artist’s fancy.

As this was my first time, I wasn’t sure what to expect. I found a very loose group of about 20 sketchers arrayed throughout the square, doing everything from quick sketches to full-on water colors. Most artists worked in small books and there was a great variety in the length of time people took on their various projects.

I can’t say my own work was great. I took a sketchpad, pencil, and my camera. I am embarrased to say that I think I spent more time with my camera than sketching. 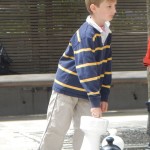 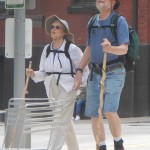 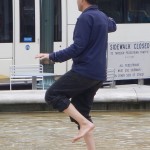 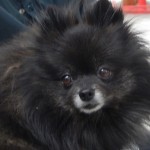 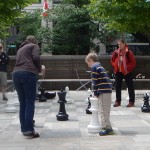 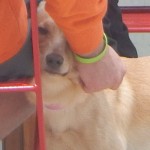 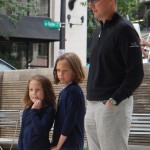 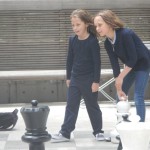 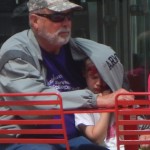 But I did a little sketching. Nothing that jumps out as a painting, but good practice. 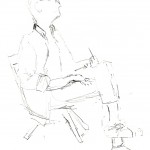 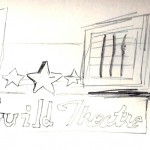 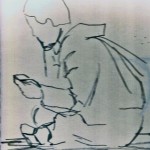 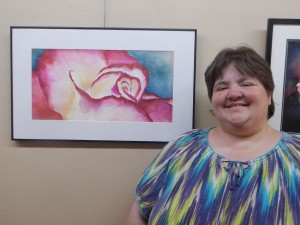 At 12:30 I headed for the Oregon Society of Artists. As part of being in the Rose Festival show, I needed to sit the gallery for an afternoon.

It was a really high quality show. I can’t show you pictures other than my own, but here I am with my painting, which is among the first you see in the gallery (prime position!)

It was a nice day and there were other art things going on in town, so it was pretty slow. Still, I feel like I made a new friend in fellow sitter Lynne Patton (who incidently got first place in the Rose category for her painting “Copper and Roses.”)

From the gallery I headed over to the SEO barn to play with the horses and clean the stalls. 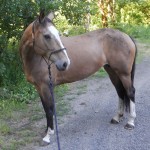 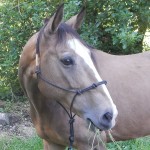 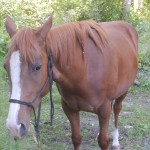 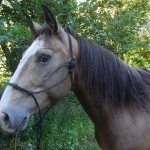 It’s been a few weeks since I’ve been there, so there were a few new faces!

I’ll admit that Sunday was a little more laid back, but I’m still tired at the end of the day!

In addition to weeding, I did a major house cleaning because I have an Air BNB guest coming this weekend. 7 loads of laundry, floors are clean, windows are washed, dog walked. I’m tired now.

It was a good weekend, though probably not the most exciting one to tell about. Sitting the Rose Show gave me a lot to think about as far as composing a piece for next year.

There are two basic categories for the event: “Roses” and “Making Memories.” “Roses” is mainly about, well, roses. While each painting in the show was unique, the category was, by definition, pretty limited. I think in order to get into the prizes the painting will need to be perfectly executed and have an original element. Not too different from other shows, but the uniqueness is something to consider. 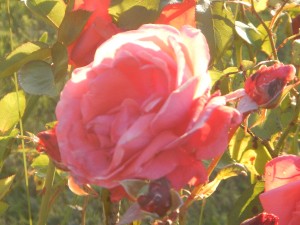 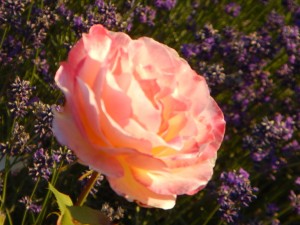 “Making Memories” was more open, though they do suggest scenes from the parade and festival, Portland scenes, or painting evocative of making memories. I think next year I’d like to enter two paintings, so I’ll have to do some thinking about this.

For the Urban Sketcher’s group, I’ll try to go again, but it’s not going to be a high priority on my list. Buildings and people are fun, but not my primary source of inspiration. If I go again, it will mainly be for quick draw practice.