For each of the four (4!) years I have been blogging, I have posted a fairly geeky post about my progress and numbers.It’s something I look forward to, and it helps me get an idea of what the next year might look like.

Posts and Other Numbers

Yes, the number of posts has fallen each year. I’m going to think about that some in a future post about goals. But, one a week is still not too shabby.

I find it interesting that the “users” data dropped off so steeply in 2016, which (I hear) is the year that Facebook changed its programming to get people to pay for posts. 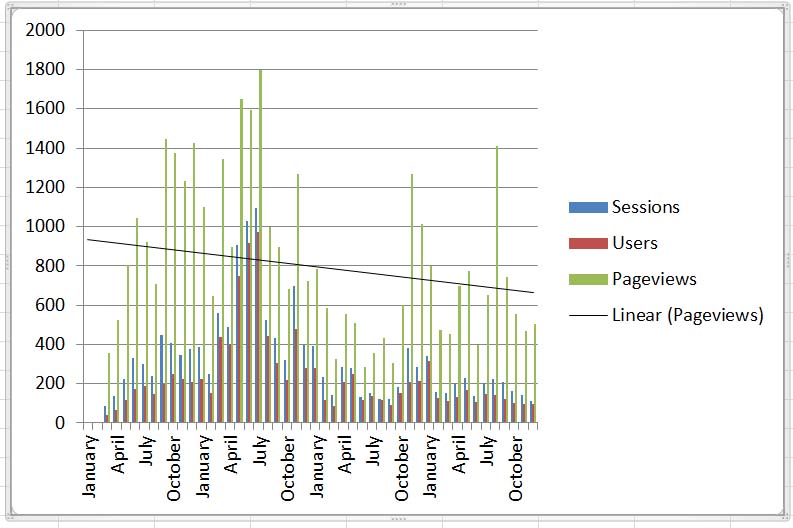 March 13 – Other opinions are “Out There”

August 16 – The trouble with being human

My next post will be about how I did on my 2017 goals. After that, it’ll be 2018 with a list of new goals. I’ll be taking the information about into account.