I am not much of a protester. It isn’t that I don’t have a list of things I am protesting, but I tend to be a sort of middle-of-the-road person.

For the past several weeks I have been attempting to muster my courage and attend one of the many local “Women’s March on Washington” events on January 21. (I am trying to decide between Salem (local) or Portland (where I have more friends who are going.)) 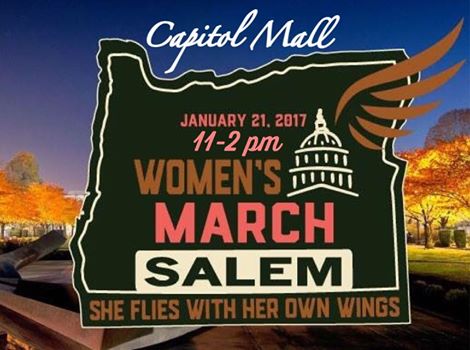 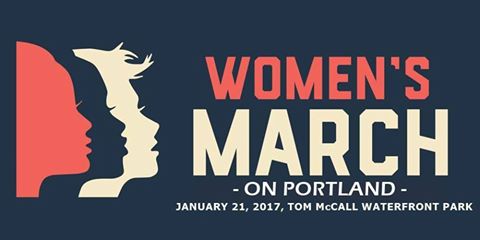 On this Martin Luther King Day, a meme came across my Facebook feed that really pushed me into making a decision. 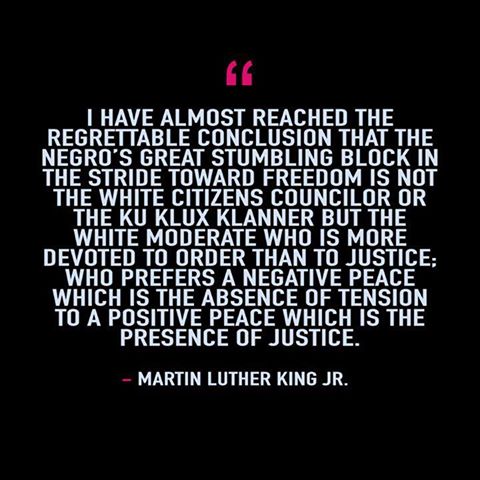 Yes, I’m going to march. I’m not willing to be a “moderate” with the incoming administration.

Just to be clear, I’m not protesting because Ms. Clinton lost or Mr. Trump won; I’m protesting because I simply cannot accept that the future President of our country regularly uses the kind of language and messages he does. One of the main things I want in a President is a calm, well-spoken leader who demonstrates rational, reasonable behavior.

I believe Mr. Trump has already failed in his responsibilities and I’m not willing to accept that.

Planners of the (country-wide) march explain the protest like this:

The rhetoric of the past election cycle has insulted, demonized, and threatened many of us–women, immigrants of all statuses, those with diverse religious faiths particularly Muslim, people who identify as LGBTQIA, Native and Indigenous people, Black and Brown people, people with disabilities, the economically impoverished and survivors of sexual assault. We are confronted with the question of how to move forward in the face of national and international concern and fear.

One of the things the protest/marchers are supposed to do is wear a “Pussyhat“. I have so many objections to everything about that name that my stomach crawls into knots as I write it (I think that’s the point.)

In spite of the name, I decided that if I was going to do this thing, I’d really do it and I cast on a Pussyhat with some pink yarn left over from another project. The difficulty, which I should have accounted for, is that I didn’t have enough pink yarn. So now I’m having to improvise. 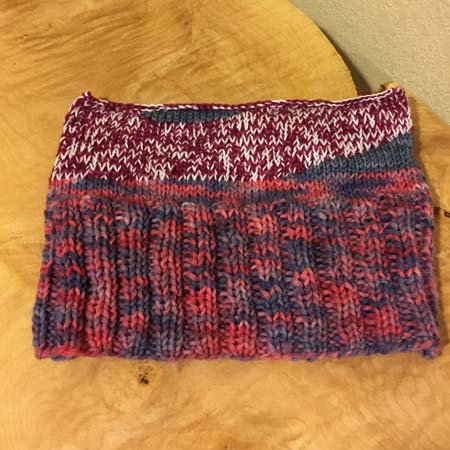 This hat uses a total of four yarns. I sort of like the statement it makes. 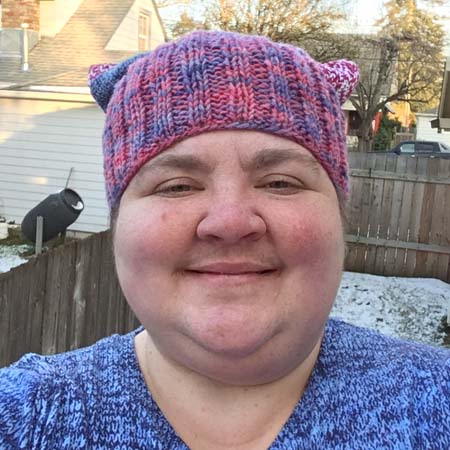 So now, with my proper hat in place, I guess it’s time to make a decision about where my Saturday will be. I think I’ve decided not to do a sign; my friend says they get heavy. I think for my first protest, I’ll be conservative and see how things go. Maybe next time I’ll add a sign. 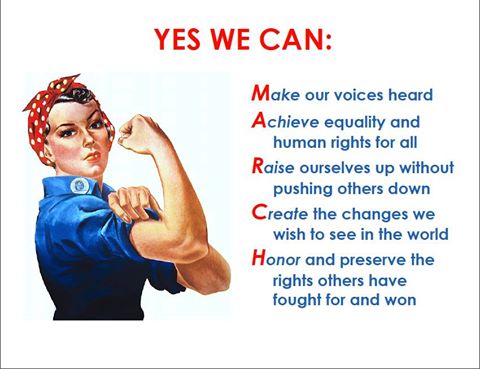 Fingers crossed I don’t have to use any of the information about tear gas safety or documenting violations that have also been posted!