This weekend my friend Lea and I went down to Seaside to enjoy the MLK weekend. Lea and I have been friends for over 10 years and this is the first time we have attempted any kind of overnight trip; I’m thrilled to say that we had a good time. We snuggled up in our little two-bedroom condo and enjoyed TV, a jigsaw puzzle, and a winter beach storm. 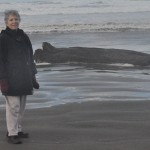 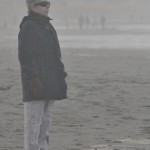 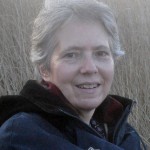 In fact, except for an unexpected flat tire, the weekend went perfectly. Lea is an opera buff (an understatement) and we went to the Met HD presentation of “The Merry Widow” with Renee Fleming before heading down to Seaside. We blew into town just as it was getting dark and after checking in, we foraged for food and settled down in the condo to be warm and dry and listen to the wind and rain.

Sunday morning we got up and attempted a walk on the beach. The wind was really blowing, so Lea turned back quickly, but I walked along the beach for a while, then cut over to the parallel road to avoid the sand in my face. 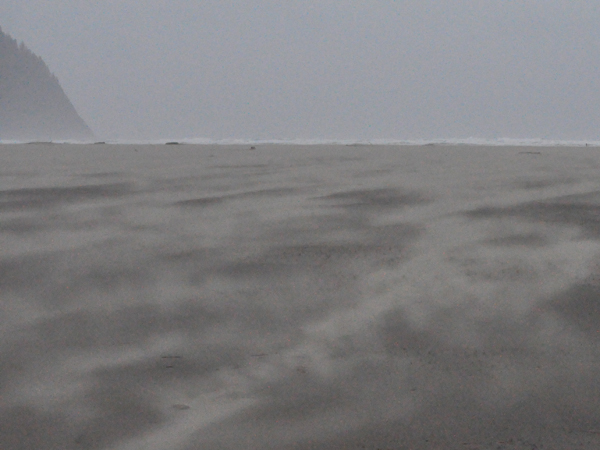 After I returned to the condo, we headed into downtown Seaside and had a great lunch at Tsunami Sandwhich before doing a little window shopping. Lea was tired after this, so I dropped her off and went to visit the Nacanicum Estuary. There I added seven species of bird (I’m up to 27 for the year…) to my Oregon Checklist for the year. 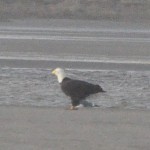 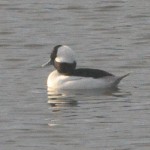 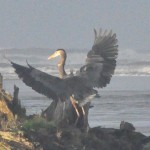 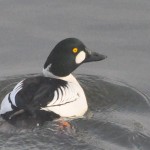 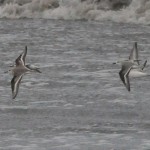 Sanderlings (I always thought these were Sandpipers…) 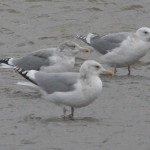 I also played with a couple of dogs and threw a stick. It brought back great memories of my first dog, Sean, a lab. He loved the ocean. Finn stayed back at home with my mom, who decided to come up for some errands and to dog-sit (he would have had fun at the beach, but Lea is intristically a cat person). 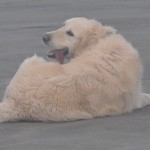 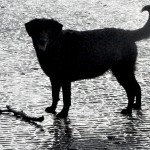 After returning for the evening to the condo, Lea and I watched TV and finished our jigsaw. We are such party people.

Monday I got up and ran down to Les Schwab for tire repair, then we headed out for a final walk on the significantly less stormy beach before packing up and heading back to Portland. I had a dentist appointment in the afternoon and both of us had a variety of things to accomplish in the last hours of the long weekend. 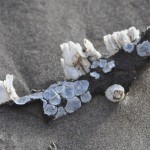 Barnacles on a stick 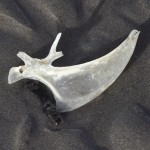 A bird’s breastbone (or keel) 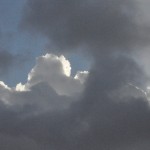 The sky in all its variations 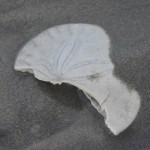 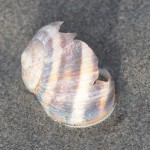 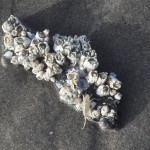 Stick with barnacles and a little sand shrimp

It was nice to get away for a weekend. My parents had their house at the beach before I was born, so in spite of living in Oregon essentially all my life, this was the first time I ever stayed at the beach anywhere except Lincoln City (not counting painting conventions and church camp.) It was nice, but I think I’ll be okay to stick with Lincoln City (free) lodging for a while now! 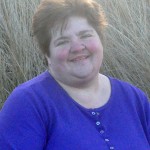 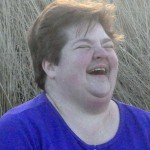 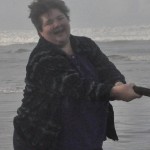 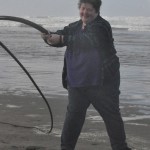 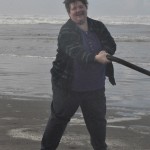 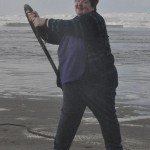